Falcon-Knight was a brand of automobile produced between 1927 and 1928 by the Willys-Overland Company of Toledo, Ohio President was John A. Nichols, who previously worked for Dodge .. A separate company, the Falcon Motor Corporation was registered with headquarters in Detroit, Michigan.

The cars were built in a former Garford Truck plant in Elyria, Ohio. The automobiles were well received with "a remarkable reputation for all-around performance and the sales were notably high."Initially, 60 vehicles were created daily. On May 31, 1927, the 3000th vehicle was completed. In December 1927, Nichols announced that 10,000 vehicles had been ordered during the first nine months of production. 1927 arose 5719 vehicles and 1928 and still 5322 In January 1929, only a few vehicles from existing parts were mounted. Then Willys-Overland used the plant for the body shop.

The Falcon-Knight was intended to fit in price between the Willys Whippet and larger Willys Knight ranges and was priced $1250, $100 less than the Willys Knight 70A Roadster. It was powered by a six cylinder Knight sleeve valve engine. Except for the engine, much of the car is actually the same as the Model 93A Whippet with many parts being interchangeable.

At first there was the Model 10 . Model maintenance led to the Model 12 . It should fill the void in the Willys offer between the Whippet and the Willys Knight . A six-cylinder - valve engine with 45 hp power powered vehicles. The chassis had 278 cm wheelbase . The choice was between coupe with two seats, Brougham with four seats, two- and four-door sedans with five seats and a Gray Ghost called Roadster .

In January 1928, a new model 12 was announced with mainly cosmetic changes.

The last cars were made in March 1929 after which the plant made truck parts. 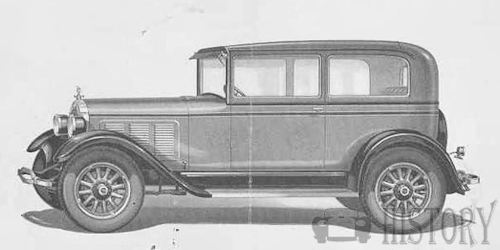