Automotive manufacturer of Detroit , Michigan.United States from 1910 to 1912

Barney Everitt and William Metzger left the Everitt-Metzger-Flanders Company in 1909 after a quarrel with Walter Flanders . They founded a new company in Detroit , Michigan . The designer was William Kelly, who also worked for EMF before. They began in 1910 with the production of automobiles. The brand name was Everitt . For 1910 2500 vehicles were planned. These were all sold in advance before production began. Licenses were awarded to Tudhope Motor and Brockville Atlas Car of Canada. At the end of 1912, Walter Flanders also joined the company. In the same year the production ended.

A reorganization led in 1912 to the Everitt Motor Car Company, later renamed Flanders Motor Company .The 1910 model Four-30 was similar to the EMF 30 . The four-cylinder engine made 30 hp . The chassis had 279 cm wheelbase . The choice was a touring car with five seats and a runabout with two seats.

Produced by Everitt and Metzger Motor Car Co after Studebaker took over the E-M-F Company, the company claimed to give you $3000 worth of car for just $1350 it was a 30 hp four  and Chrome Nickel steel body with a so-called "thiefproof" gear lever lock.and silent gear change. 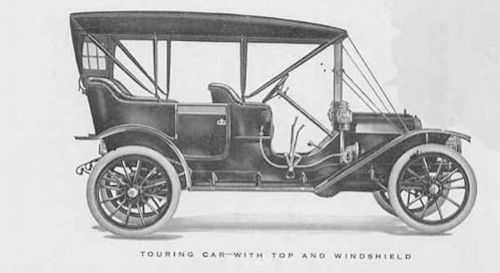 The car was also built in Canada as the Tudhope.