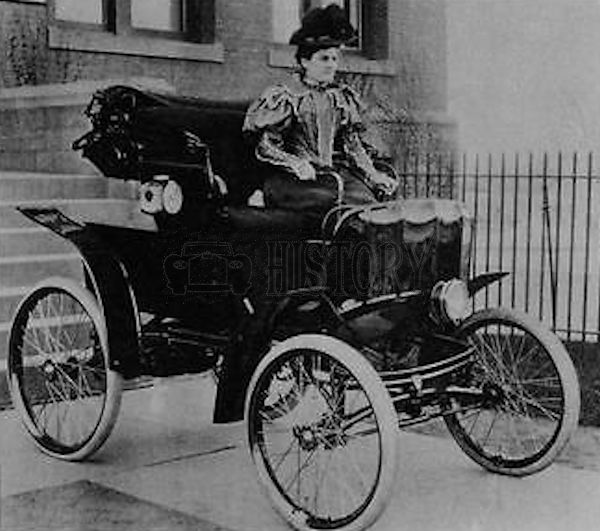 The Electric Vehicle Company was founded 27 September 1897 as a holding company of battery-powered electric vehicle manufacturers made up of several companies assembled by Isaac Rice. Rice had acquired in May, 1897 another electric cab manufacturer, the Electric Carriage & Wagon Company (E.C.W.C.) in New York.

Their vehicles were constructed by Henry G. Morris and Pedro G. Salom, builders of the Electrobats, the first truly useful electric automobiles in the USA. E.V.W.C. pioneered a cab system that included service stations for quick change of battery sets, and repair work; vehicles were leased only, not sold. Twelve of these cabs were in use in Manhattan in January, 1897. After the merger, E.C.V. concentrated on building heavy but reliable electric cabs which were built in the E.C.W.C. workshops. The rental system was for a short time run by E.V.C. Between 1897 and 1899, there were several hundred E.V.C. vehicles built.

The company was taken over in 1899 by a syndicate around William C. Whitney, Thomas Fortune Ryan Anthony N. Brady, and P. A. B. Widener, thus forming the so-called "Lead Cab Trust," which hoped to develop a monopoly by placing electric cabs on the streets of major American cities, starting with New York City, Philadelphia, Chicago, Washington, D.C., and Boston. Although by 1899, E.V.C. was the largest motor car manufacturer in the USA- a position lost to Oldsmobile in 1901 - this policy failed soon, as it was even then not able to sell as many vehicles as necessary for the task.

The firm actually made and sold about two thousand electric cars, but fell into hard times in 1900 after facing competition from gas-powered cars and legal problems stemming from these monopolistic practices, as well as scandal surrounding the poor performance of its vehicles. Whitney brought in industrial leader Albert Augustus Pope now, who brought the Columbia Automobile Company. The trust was reorganized as the parent company of several vehicle manufacturers, among them Columbia and the Riker Electric Vehicle Company, which was acquired in 1902. Electric Vehicle's chief asset was now the holding of the Selden Patent which established a right to royalties from all manufacturers of internal combustion engine vehicles. While this was initially lucrative, it led inevitably to opposition from the other manufacturers and expensive lawsuits, which ended with bankruptcy in 1907. The patent was valid until 1913, but lost its worth as the appellation court reduced it to vehicles with Brayton engines, of which none was used in a motor vehicle.