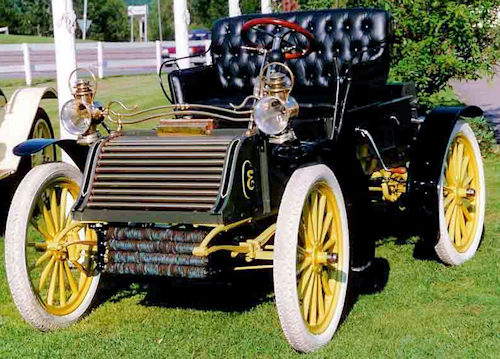 The Eldredge was an American automobile manufactured from 1903 until 1906. A product of the National Sewing Machine Company of Belvidere, Illinois, it was a light, two-seater runabout with left-hand drive or two-row tonneau.In 1953 it came to merger with the Free Sewing Machine Company and 1957 to the dissolution of the company.

The vehicles were similar to the model for Friedman. They had a two-cylinder engine . The engine power was initially specified with 8 hp and 1906 with 10 hp. The engine was mounted under the seat and powered by a chain on the rear axle. The chassis had 173 cm wheelbase . The open structure as a runabout offered space for two people. Steering was initially with a steering lever and from 1905 with a steering wheel . Both controls were located on the left. Thus, it was early issues with left-hand drive .

The 1904 Eldredge Runabout was a runabout model. It could seat 2 passengers and sold for US$750. The horizontal-mounted flat-2, situated at the center of the car, produced 8 hp (6 kW). A 3-speed transmission was fitted. The armored wood-framed car weighed 1150 lb (522 kg) and used platform springs. 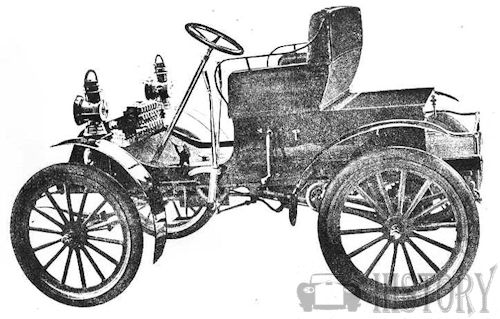 It was a modern touring car design with a cellular radiator (with fan), and semi-elliptic springs, but sold for far less than competing models. 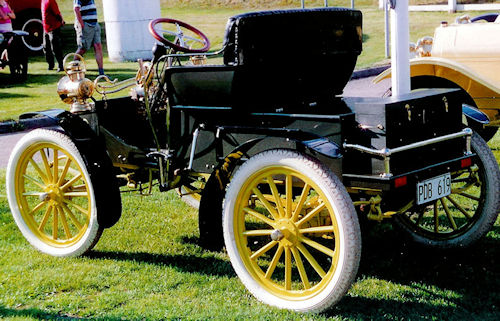