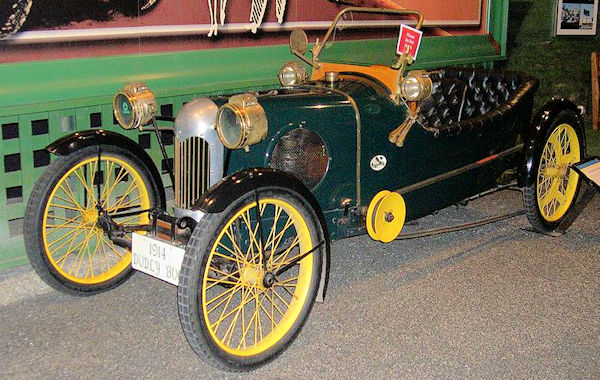 The Dudly Tool Co (also known as the Dudly Bug) was a brass era, gas powered cyclecar manufactured in Menominee, Michigan, by the Dudly Tool Company from 1913 to 1915. The Dudly had an ash-wood frame, two-seater open model, that was originally offered with a two-cylinder air-cooled engine.