Automotive manufacturer of Detroit, Michigan,United States from 1907 to 1939. 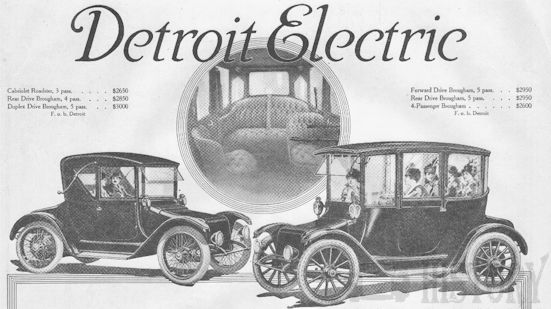 Anderson had previously been known as the Anderson Carriage Company (until 1911), producing carriages and buggies since 1884. Production of the electric automobile, powered by a rechargeable lead acid battery, began in 1907. For an additional US$600, an Edison nickel-iron battery was available from 1911 to 1916. The cars were advertised as reliably getting 80 miles (130 km) between battery recharging, although in one test a Detroit Electric ran 211.3 miles (340.1 km) on a single charge. Top speed was only about 20 mph (32 km/h), but this was considered adequate for driving within city or town limits at the time.

The Detroit Electric was mainly sold to women drivers and physicians who desired the dependable and immediate start without the physically demanding hand cranking of the engine that was required with early internal combustion engine autos. A statement of the car's refinement was subtly made to the public through its design which included the first use of curved window glass in a production automobile, an expensive and complex feature to produce. 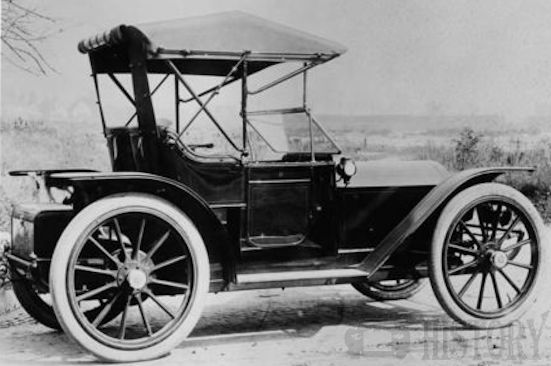 The company production was at its peak in the 1910s selling around 1000 to 2000 cars a year. Towards the end of the decade, the Electric was helped by the high price of gasoline during World War I. In 1920, the name of the Anderson company was changed to "The Detroit Electric Car Company" as the car maker separated from the body business (it became part of Murray Body) and the motor/controller business (Elwell-Parker).

As improved internal combustion engine automobiles became more common and inexpensive, sales of the Electric dropped in the 1920s, but the company stayed in business producing Detroit Electrics until after the stock market crash of 1929. The company filed for bankruptcy, but was acquired and kept in business on a more limited scale for some years, building cars in response to special orders. The last Detroit Electric was shipped on February 23, 1939, (though they were still available until 1942), but in its final years the cars were manufactured only in very small numbers. Between 1907 and 1939 a total of 13,000 electric cars were built.

Notable people who owned Detroit Electrics cars included Thomas Edison, Charles Proteus Steinmetz, Mamie Eisenhower, and John D. Rockefeller, Jr. who had a pair of Model 46 roadsters.Clara Ford, the wife of Henry Ford, drove Detroit Electrics from 1908, when Henry bought her a Model C coupe with a special child seat, through the late teens. Her third car was a 1914 Model 47 brougham.

Detroit Electrics can be seen in various automobile museums, such as the Belgian AutoWorld Museum in Brussels, and the Museum Autovision in Altlußheim, Germany. A restored and operational Detroit Electric, owned by Union College, is located in the Edison Tech Center in Schenectady, NY. 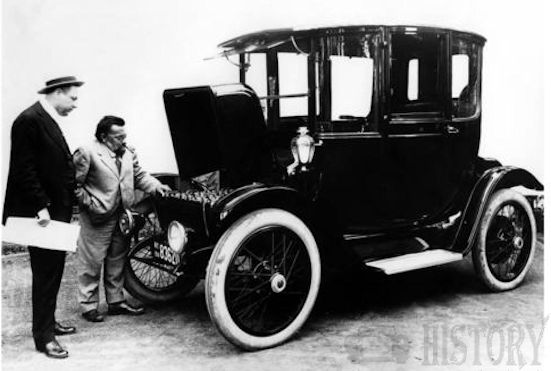