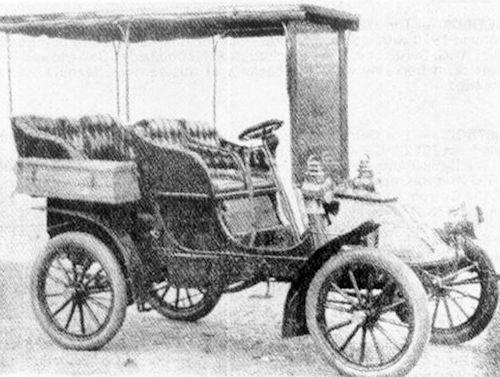 Wheeler Manufacturing Company was an American Automotive company in the early part of the 20th century.

The company was based in Detroit , Michigan . Mainly it made auxiliary seats for cars.  1904 they also created some automobiles. The brand name was Detroit .Production finished around the same year.

Under the front seat, a two-cylinder engine with 15 hp power was installed. this drove over a chain to the rear axle. Under the front hood were fuel tank and water tank. The hood was a closed grille for a water cooler as necessary, and rose slightly to the rear.  where the hood covered the engine and radiator behind it. The chassis had 213 cm wheelbase . The open body vehicle offered as a runabout usually two people. Interchangeable bodies as a four-seater tonneau or van were easy to assemble for storage.