American Automotive manufacturer Indiana.USA From 1909 to 1924

The Crow-Elkhart was an American automobile manufactured from 1909 until 1924 by the Crow-Elkhart Motor Company of Elkhart, Indiana,founded by Martin E. Crow. 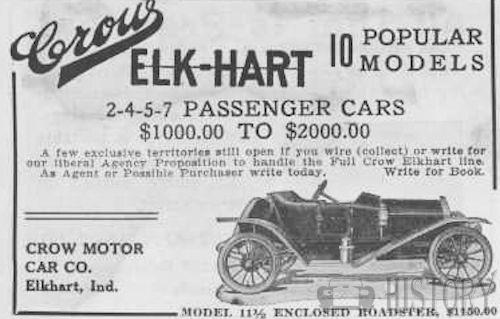 The company manufactured both four and six cylinder models. The Crow-Elkhart was a conventional car made originally as a 30hp 4-cylinder tourer, although by 1911 no less than ten different body styles were available, including closed models.

Production reached its peak in about 1915, when prices were at their lowest, the 25hp tourer or coupé costing only $725, On the whole, Crow-Elkhart styling was angular and uninteresting, but the 1918 cloverleaf tourer and roadster featured V-radiatcrs and dual-tone colour schemes. 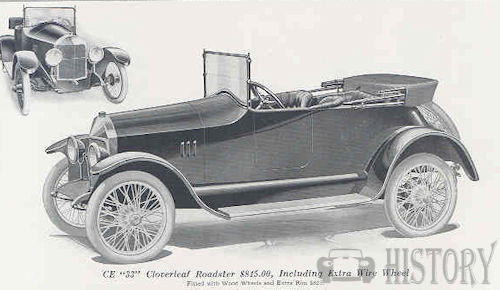 By 1919, 6-cylinder cars were available as well as the fours, but had been dropped when the company was standardinng on one 4-cylinder model
with a Herschell-Spillman engine. After World War I, Crow-Elkhart used Gray victory engines in some of its cars.
In 1919 and 1920, the company discontinued its Marathon export model and concentrated instead on the Morriss-London which was exported to England and possibly to Australia.

Crow-Elkhart also produced automobiles for other companies, notably Birch, and some Crow-Elkharts and Birches were identical excepting for nomenclature.

From 1909 to 1911, the Black Motor Company of Chicago, Illinois, sold a rebadged Crow-Elkhart automobile as the "Black Crow".