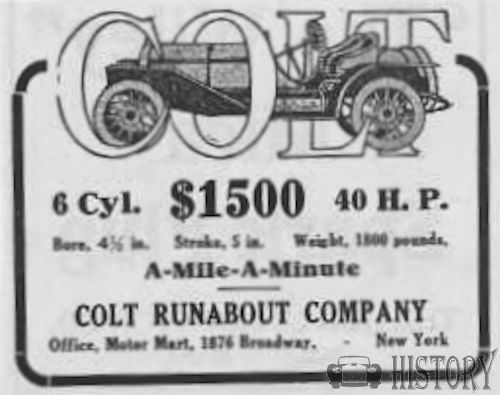 The Colt Runabout was an American brass era automobile, built in Yonkers, New York, in 1907 by William Mason Turner.

It was a two-seater, with the long hood and short tail (where a pair of spare tires were mounted) characteristic of the period, and weighing in at only 1800 lb (816 kg).