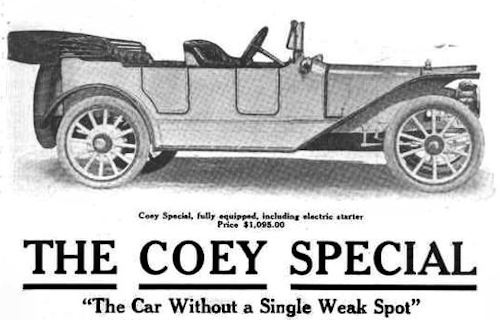 The Coey-Mitchell Automobile Company was an American automobile manufacturer that built the Coey automobiles and operated a chain of American Driving Schools from 1913 to 1917 and was headquartered in Chicago, Illinois. The company was founded under the name Coey-Mitchell Automobile Company by Charles A. Coey. The Coey family and their name come from Northern Ireland, where one still finds this name, for example in Comber.