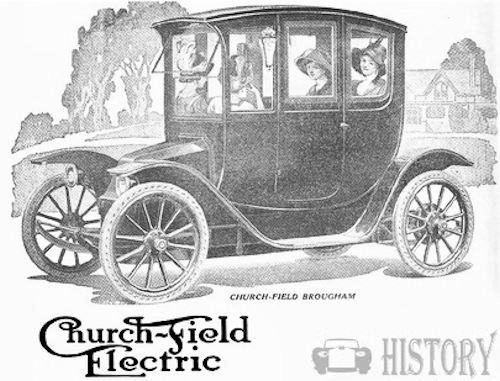 The Church-Field had an underslung chassis, and used a two-speed transmission.claimed power and hill climb ability the same as a petrol car .With a choice of ten electrical selector positions, it gave the vehicle a total choice of twenty speed ranges.Two body styles were offered - a roadster selling for $2300, and a coupe for $2800.

The car was launched at the Detroit Automobile Show in January 1912, but production and sales were minimal, with the result that the factory was closed in September 1913. The assets of the company were sold in 1915 for just $600. 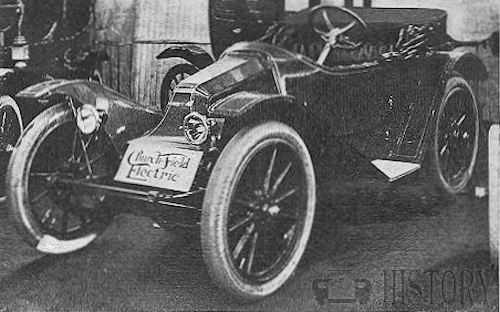