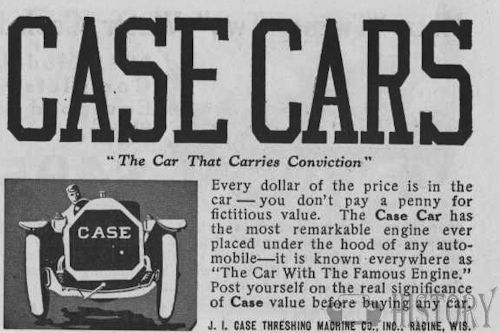 The Case Corporation was a manufacturer of construction equipment and agricultural equipment. Founded by Jerome I. Case as the J.I. Case Threshing Machine Company, it operated under that name for most of a century. For another 66 years it was the J.I. Case Company, and was often called simply Case. In the late 19th century, Case was one of America's largest builders of steam engines, producing self-propelled portable engines, traction engines and steam tractors. It was a major producer of threshing machines and other harvesting equipment. In the 20th century, Case was among the 10 largest builders of farm tractors for many years. In the 1950s its construction equipment line became its primary focus, with agricultural business second.

Founded by Jerome I. Case in 1844 as the J.I. Case Threshing Machine Company, the company operated under that name for most of a century, until 1928. In some of its advertisements the name was styled J.I. Case T.M. Co. for short. Another business founded by Jerome I. Case, the J.I. Case Plow Works, was an independent business. When the Plow Works was bought by Massey-Harris in 1928, the latter sold the name rights to the J.I. Case Threshing Machine Company, which reincorporated as the J.I. Case Company. That company, which became majority-owned by Tenneco in 1967 and a wholly owned subsidiary in 1970, was often called by the simple brand name Case.

Automobiles produced by Case during the period 1911-1925/1927 include: the Case Jay-Eye-See Brougham (named for Case's horse) and Case Touring-Y.

The advent of oil engines by the start of the 20th century, suggested a change on the horizon. From Froelich's first tractors to Hart-Parr products, oil tractors seemed the way ahead. Case hired Joe Jagersberger, and he tested a motor by racing in the 1911 Indianapolis 500. Case began production of the 30-60 oil engine in 1912. Case also produced kerosene tractors in the teen years, similar to the Rumely oil pulls. During World War I, Case's sales and demand grew dramatically in Europe. These increases were directly connected to the war; as many farm laborers became soldiers, each remaining farmer needed to become more productive, and machinery was the way to make this happen. 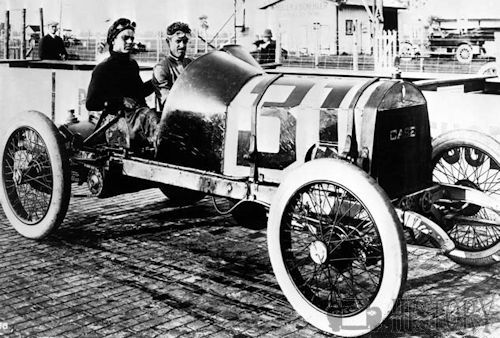 In 1919, the John Deere Company entered the harvester business, and International Harvester's reply to their new competition was to purchase the P&O Plowing Company of Canton, Illinois, and the Chattanooga Plowing company of Chattanooga, Tennessee. Henry Ford also entered the tractor business with his Fordson Tractor produced at the massive Rouge River plant. An economic downturn during the early 1920s dampened tractor sales; price-cutting to stimulate demand sparked a price war in the tractor industry (called the tractor war). Ford, with a massive advantage in manufacturing capacity and distribution, had the upper hand, producing an estimated 73 percent of all American tractors, with IHC in a far away second place at nine percent, and several other companies sharing the rest of the percentages. In 1923, the IHC Farmall entered the agricultural industry, and Ford's stranglehold began to slip. That same year also, the 100,000th thresher machine produced by Case made its way out of the assembly line, marking an important milestone for the Case company. 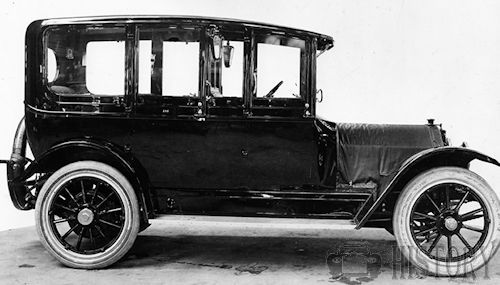 Work in the Second World War

Case evolved as World War II arrived, becoming involved in the manufacturing of shells for the United States and allied forces military, as well as airplane parts for the B-26s, bombs, and doors for the Sherman Tank. Three new plants were opened across the United States during that year, and, in 1942, the company produced its first self-propelled combine. That same year, Case released the company's first cotton picker, which is currently preserved by the Smithsonian society. A protracted 440-day strike in Wisconsin of the Case factory weakened the company.

For the next 31 years, the company went through more globalization, becoming a well-known company in the agricultural markets of Australia, Japan, and other places. Many other companies joined Case during this period.