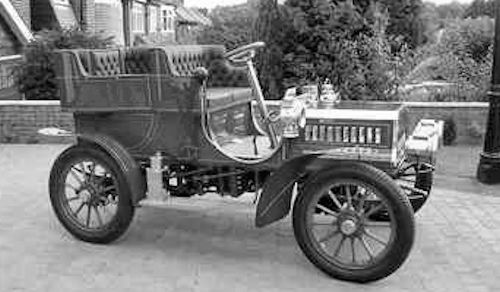 The company was founded in 1897 by Patrick H. Brennan (1865 - January 22, 1934) and was known as Brennan Motor Manufacturing Company or Brennan Motor Company.The company motto was "Simplicity and durability."

Brennan was first engaged in the manufacture of bicycles before turning to construction of automobiles. Eldest son, Emmett A. Brennan (born 1890), took control of the company in 1934 when his father died and was president of the establishment until July 1972, when he retired.

For a brief period from 1902 until 1908, the company produced the Brennan automobile.The firm would take up auto manufacturing "occasionally, perhaps when demand was slow." The auto was similar to what was a "fairly standard American pattern" with the power unit mid-mounted under the floor and central chain transmission; however, Brennan "took the drive through a sliding gearbox, rather than an epicyclic system." Each auto was fitted with a horizontally-opposed two-cylinder engine. The rest of the vehicle had a more conventional design with full-elliptic springs, right-hand drive and channel or angle iron section chassis.

The 1902 "touring car" came complete with a 15-horsepower motor and a double opposed cylinder, horizontal motor and weighed 1,950 pounds. Ignition was by jump spark supplied by dry batteries. Two sets of batteries were carried under the bonnet and front of the dash.

The company was "pronounced the best of its kind" at the Chicago Show in June 1902, as a result of years of experience and the satisfactory use from Maine to California.

In November 1902, Brennan was an exhibitor at the Madison Square Garden Show in New York City. The event included 114 firms such as Century Motor Vehicle Company of Syracuse, Buckmobile Company of Utica, New York and H. H. Franklin Manufacturing Company, also of Syracuse.

In March 1908, an automobile gear and 28-horsepower engine for a light touring car were shipped from Syracuse to Java in the East Indies. The machine was from the Brennan factory and it was consigned to a Java importer. The body for the vehicle was built in Java. The machine was shipped by rail to New York City and from there by water to its final destination.

By 1914, the company was advertising automobile parts such as auto engines, pressed steel frames, transmission gears and automobile bodies for sale. The firm was located at 108 Grape Street.

In June 1902, the company was already producing Brennan Standard Motors which ran from 4 to 30 horsepower. According to advertisements, they were the "recognized type of motor for automobiles." Both water-cooled and air-cooled engines as well as mufflers and vaporizers were manufactured at the company's plant. They also offered a special 8 horsepower motor with a transmission gear.

By early 1903, the company had to enlarge its factory and hire more workers in order to fill the demand for gasoline motors which it sold to both large manufacturers and individuals. The firm had worked up a large and profitable business by furnishing motors in connection with completed drawings for automobiles.

After the automobile business failed in 1908, the company focused on engines. They produced vehicle motors that were standardized for the "special service of light vehicles of the runabout class and for the finer styles of automobiles for high speed." Brennan was a pioneer building internal combustion engines of its own designs. The company also made component parts for its engines.

In March 1943, at the beginning of World War II, Brennan was awarded a subcontract for turning out machine-gun plates for the Doyle Corporation.

Brennan was manufacturing trucks as early as 1906 and in June 1912, they announced that the company had started production of 2, 3 and 5 ton motor trucks.