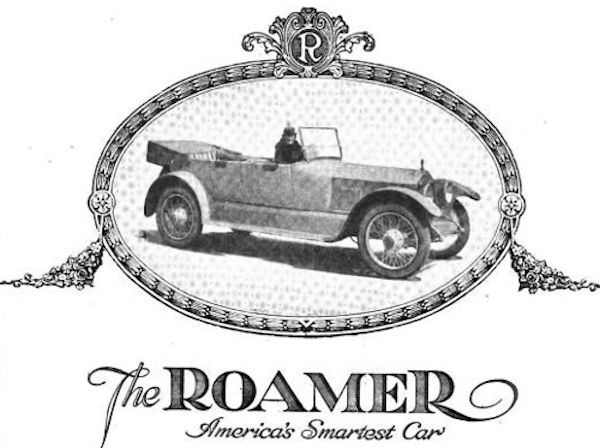 In 1913, Albert C. Barley bought the assets of the Streator Motor Car Company, which was put into receivership in 1911. Streator was itself the product of the Erie Motor Carriage Company and had been manufacturing the Halladay automobile since 1905. Barley's new company was called Barley Manufacturing Co. and he reopened the factory at Streator, Illinois, and continued to produce the Halladay for a few years.

Barley, Cloyd Y. Kenworthy, a New York auto dealer then selling only electric automobiles, and Karl H. Martin, who later developed the Wasp automobile, decided to build an upscale automobile, and incorporated Barley Motor Car Co. in New York State in September 1916 with a capitalization of $50K. It was established for the purpose of building motor trucks, cars, autos and accessories. Shortly thereafter, the company issued more classes of stock and was recapitalized with an additional $760K, obtaining the existing assets of Barley's manufacturing company. Manufacturing was soon moved to Kalamazoo, occupying the former Kalamazoo Buggy Co. factory.

The initial model introduced in 1916 was called the Roamer. The name was suggested by Kenworthy's chauffeur after a popular racing horse of the era. The car was very stylish and the grill was nickel-plated and modeled after the Rolls-Royce. The initial model, the Roamer Six, was a four-door tourer with a 24-hp (18 kW) 6-cylinder Continental engine. Several models were introduced over succeeding years. In 1918, the Model C6 succeeded the Six, with a 54-hp (40 kW) Continental 12XD engine and available in eight body styles from $2.2K to $4.9K. In 1920, the Model D4 Touring had a 75-hp (56 kW) four-cylinder Duesenberg engine went for $5.3K (4-passenger) and $5.4K (7-passenger); by contrast, the Lozier Big Six tourers and roadsters were $5K, American's lowest-price model was US$4.25K (its highest was US$5.25K). and a Colt Runabout was priced at US$1.5K, while the high-volume Oldsmobile Runabout went for US$650.By 1922, only Roamer's Model 6-54 remained.

The Roamer was marketed from its inception as "America’s Smartest Car." It was also successful in many early racing events. After a Roamer with a Rochester-Duesenberg engine set six records for one kilometer, one-, two- three-, four- and five-mile sprints at Daytona Beach in 1921, the advertisements crowed, "America’s Smartest Car Makes America’s Fastest Mile." 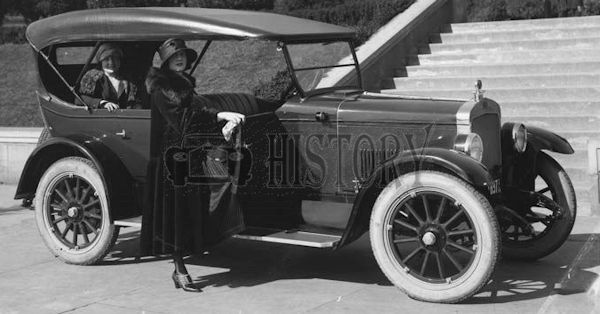 In 1922, the company introduced a lower-priced line, the Barley, named for the company's president. The first Barley Model 6-50 debuted in September offering torpedoes and sedans with Continental 50hp six-cylinder engines and a 118" wheelbase.The following year, a Sport Sedan and Touring Sedan were added. The prices ranged from $1.395K to $2.25K, and competed with the US$2K Enger 40, the FAL at US$1.75K, and the Cole 30 and Colt Runabout at US$1.5K.

In 1924, a reorganization was announced. Roamer Motor Car Co. was to be incorporated at Toronto, Ontario, headed by George P. Wigginton, to be manufactured there. A. C. Barley sold his interest in Roamer and the Kalamazoo factory remained the Barley Motor Car Co. and continue to manufacture the Barley. However, the Barley was not successful and it was rebranded the Pennant, outfitted with a Buda 4-cylinder engine and targeted at the taxicab market. Its main competitor was the Checker, also built in Kalamazoo. The Pennant trade-dress was a maroon upper body and ivory lower body. Both the Barley and Pennant were out of production by 1925, and A. C. Barley was out of the automobile business.

Meantime, Roamer abandoned the Continental in favor of a Lycoming eight of 88-hp (66 kW), at the same price as the former 6-cylinder engine. The new model was called Model 8-88 and offered in seven body styles. Sales were disappointing. In 1926, the Duesenberg Motor and Car Company was in distress and the Lycoming engine was no longer available to Roamer. The same year, Roamer bought Rutenber, of which A. C. Barley had been an officer years earlier. The Barley family had been large shareholders in the company. Rutenber had an extensive factory complex and built engines used in many early automobiles.

Sales were weak and declining so that even before the stock market crash, in 1929 the company stopped manufacturing and was dissolved.