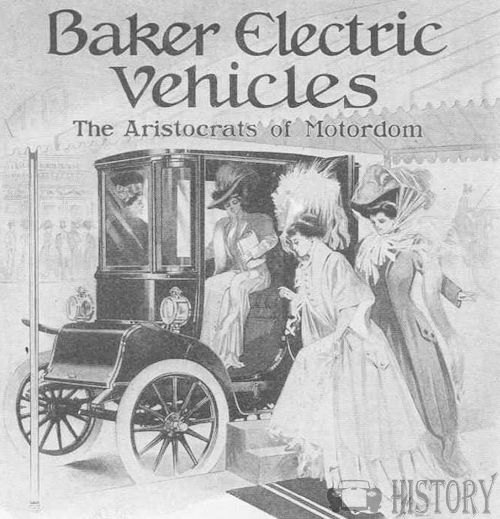 Baker Motor Vehicle Company was an American manufacturer of Brass Era electric automobiles in Cleveland, Ohio, from 1899 to 1914.

The first Baker vehicle was a two seater with a selling price of US$850. One was sold to Thomas Edison as his first car.Edison also designed the nickel-iron batteries used in some Baker electrics. These batteries have extremely long lives with some still in use today. 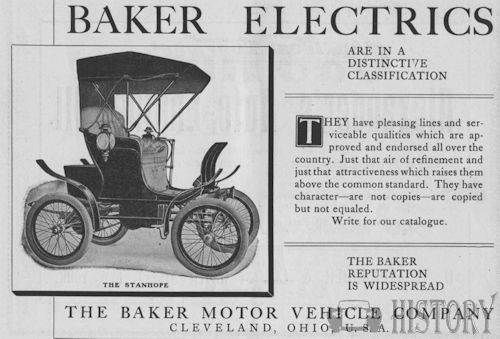 The model range was expanded in 1904 to two vehicles, both two-seaters with armored wood-frames, centrally-located electric motors, and 12-cell batteries.

In 1906 Baker made 800 cars, making them the largest electric vehicle maker in the world at the time. They bragged that their new factory was "the largest in the world" in advertisements. The company also made a switch from producing Baker Electric Carriages to automobiles. According to the company promotionals; "We employ the choicest materials in every detail of their construction and finish, producing vehicles which in every minute particular, cannot be equaled for thorough excellence."

The 1906 Baker Landolet was priced at $4,000. The company also manufactured the Imperial, Suburban, Victoria, Surrey, Depot Carriages, and other new models "to be announced later." One of the most unusual 1906 Bakers was the Brougham with the driver on the outside, in the back.

By 1907, Baker had seventeen models, the smallest being the Stanhope and the largest the Inside Drive Coupe. There was also the US$4,000 Extension Front Brougham with the driving seat high up behind the passengers mimicking a hansom cab. Baker also introduced a range of trucks with capacity of up to five tons in 1907. 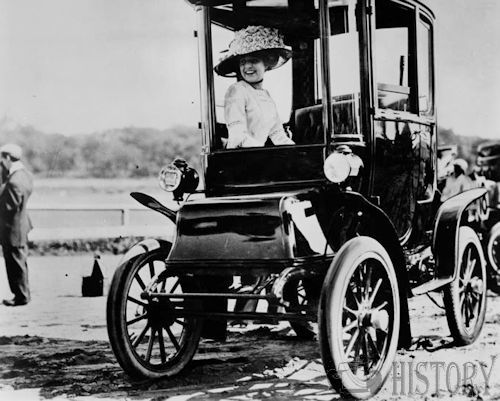 In late 1910, the Baker Electric was quite luxurious and priced at $2,800. It had a seating capacity of four passengers and was painted black with choice of blue, green or maroon panels. The latest model also offered a Queen Victoria body as "interchangeable on chassis" priced at an additional $300.

The Baker of 1910 was the only electric that had a heavy series-wound motor of 300 percent overload capacity, with a commutator "absolutely proof against sparking and burning under all conditions." 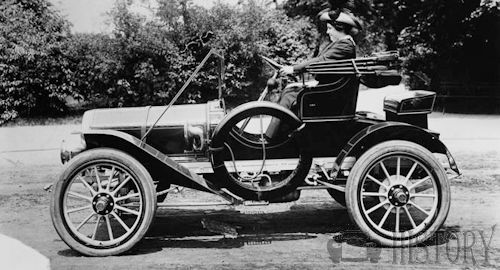 The Baker Motor-Vehicle Company, located at 63 West 80th Street in Cleveland, Ohio, specialized in vehicles for the commercial market. By October 1912, the company had a Commercial Car Department and had dealers situated in several leading cities around the United States.

During late 1912, Baker advertised that the average cost for deliveries over the "steep hills" of Spokane, Washington, by Crescent Department Store were four cents a piece, including all operating charges, maintenance, interest and depreciation.

By late 1913, the company advertised their new model as "The magnificent new Baker Coupe" and that the car was "just what the public demanded, a genuine automobile, not an electrically driven coach". That year, the car had "increased roominess, full limousine back, longer wheelbase, graceful, low-hung body lines, with both interior and exterior conveniences and appointments which have set a new mark in motor car refinement". Another new feature were revolving front seats which faced forward or "turn about".

In 1913, Baker was overtaken in sales by Detroit Electric and, in 1914, merged with fellow Cleveland automaker Rauch and Lang to become Baker, Rauch & Lang. The last Baker cars were made in 1916, but electric industrial trucks continued for a few more years. Baker, Rauch & Lang produced the Owen Magnetic under contract.

Founder Walter C. Baker's Torpedo land speed record racer was the first car to have seat belts. The car was capable of over 75 miles per hour (121 km/h).

Walter Baker joined the board of Peerless Motor Company in 1919. 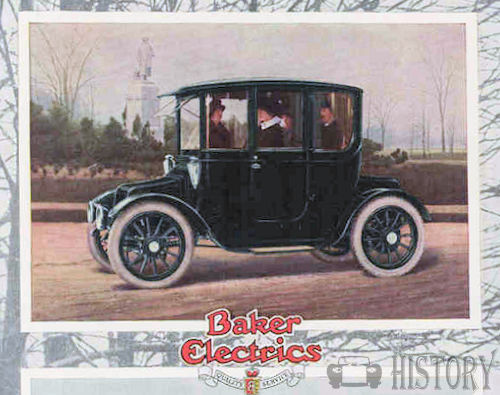