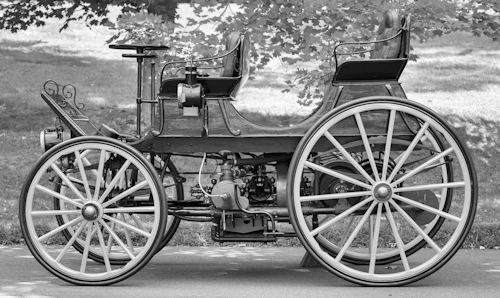 Armstrong Electric was a manufacturer of electric automobiles in Bridgeport, Connecticut. The company was founded by inventor, William Armstrong, and produced cars from 1885 through 1902. and was a early form of Hybrid car.

It was reported that the Maple Street factory used by Armstrong to build its first car could be used again used for automobile manufacture by AC Cars.

The factory remained for many years after.

The original car has recently been rebuilt in England, and has run for the first time in over 100 years. It is currently on show in a Victorian vehicle collection at a Sussex country park.