Billed as "a motor-car symphony", the American Simplex was an American automobile manufactured in Mishawaka, Indiana, United States, from 1906 to 1915 by the Simplex Motor Car Company; the company shortened its product's name to Amplex in 1910 to avoid confusion with the better-known, New York-based Simplex car, made by the Simplex Automobile Company. This change also coincided with a reorganization of the company. 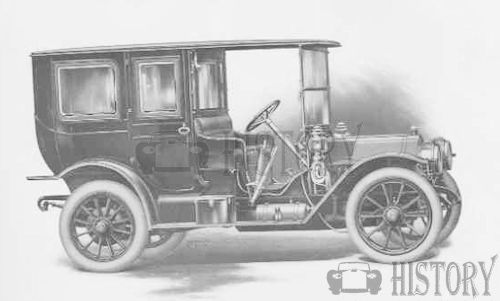 In 1910, three open-roof models and two enclosed models were offered, costing up to $5,400; the newly introduced 30/50 hp Toy Tonneau, a long, sleek four-door touring car, sold for $4,300. The Amplex's most distinctive feature was its valveless motor, which the company claimed would offer more continuous pulling power and greater reliability. The 1910 models also offered self-starting, a feature that would not be available from major competitors, such as Cadillac, for another year or two. 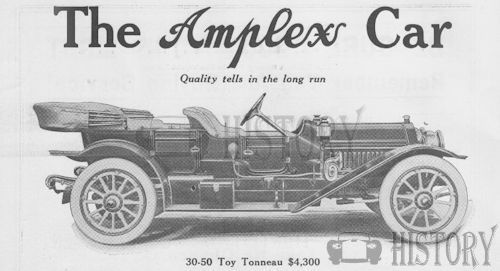 They were expensive cars - large, luxurious and handsomely designed, a limousine being offered at as much as $5,600. Yet the firm kept using the two-stroke engine after it had become obsolete; a four-stroke was offered unsuccessfully in 1913. Gillette Motor Co took over the Amplex manufacturing facilities in 1916, but refused to manufacture conventional engine-valving, persisting with a rotary sleeve valve engine.