The American Mercedes was made by Daimler Manufacturing Company of Long Island City, New York, USA from 1904 to 1907. 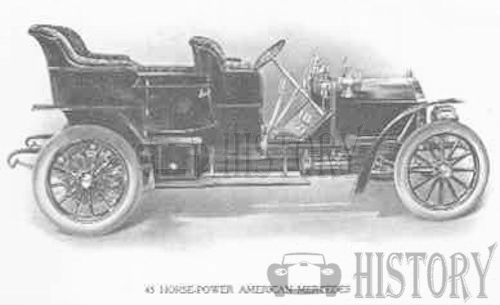 They were licensed copies of German Mercedes models. Some commercial vehicles, such as ambulances, were also made.the slogan $7,500 is what you pay save the duties of importing was used.Said to be a exact reproduction of the Daimler Mercedes of the time 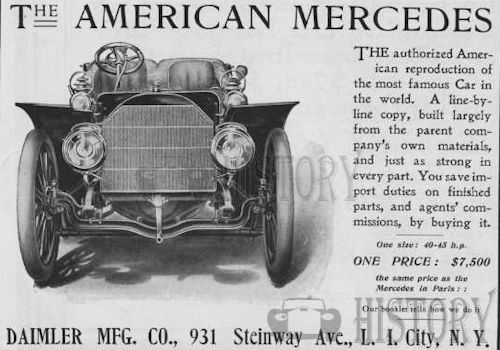 Cars came with 40 to 45 HP with a direct shift gearbox This had a four-cylinder engine with 120 mm bore , 150 mm stroke , 6785 cc displacement , and 45  PS output. The wheelbase was 323 cm. A touring car with seven seats was initially the only body shape. In 1907, a likewise seven-seater Demi sedan supplemented the range.

The company was in direct competition with Mercedes Import Co. of New York, which handled the imported Mercedes for the entirety of the United States, at least in 1906. 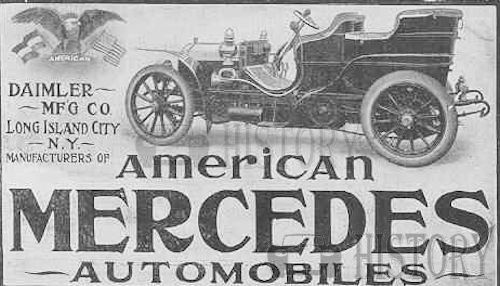