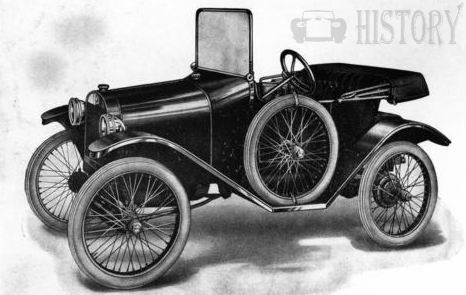 The American was made by American Cyclecar Co of Detroit, Michigan in 1912.the company was acquired by  Isaac B. Trumbull and renamed The Trumbull  Cyclecar.

It had a 4-cylinder engine of 1.2 liters, and featured a friction transmission and chain drive. The headlights were inserted into the fenders, a feature later associated with the Pierce-Arrow.

The make was superseded by the Trumbull.which made various models and also small vans.