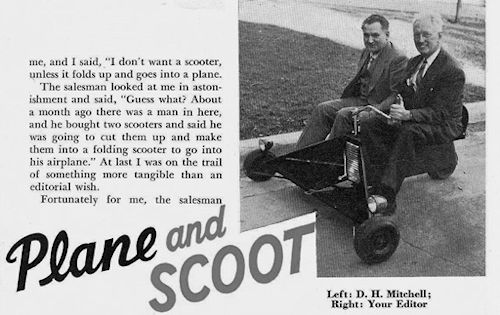 The Airscoot was a quite unusual car made by the Wichita, Kansas-based company Aircraft Products co in 1947 to fit the need for a small car that could commute to and from airports then be folded up and put aboard private aircraft.

Passenger and stowage accommodations included seats for two passengers and a luggage rack in front for two suitcases. 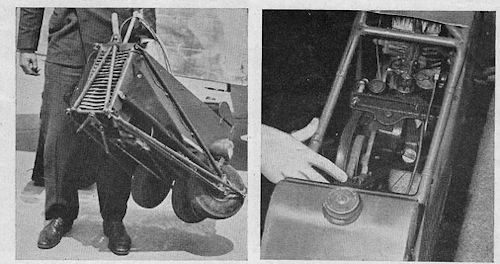 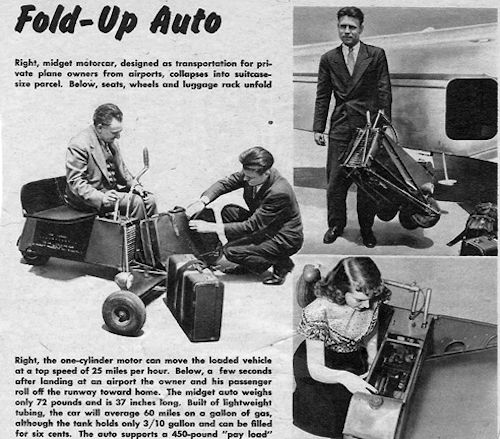