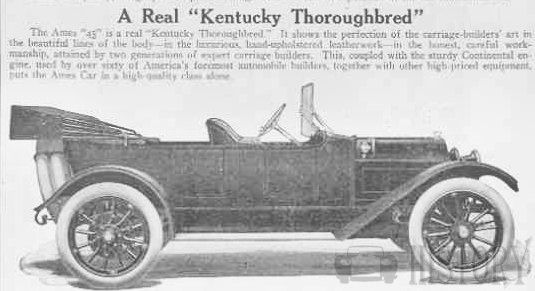 The Ames Originally established in 1881 by Frederick A. Ames, as a buggy manufacturer and later revised itself as an American automobile manufacturer in Owensboro, Kentuckybacked "gentleman's roadster" and a five-passenger tourer were the first models offered for sale by the company. The company also produced replacement bodies for the Ford Model T.

At its peak the company produced approximately 30,000 vehicles. The last model the company made was called "The Kentucky Thoroughbred." In 1922, the company again remade itself, manufacturing furniture under the name F. A. Ames Corporation until 1941 when F.A. Ames Corp. filed for bankruptcy and most of its assets were purchased by the Whitehall Furniture Co. of Owensboro. 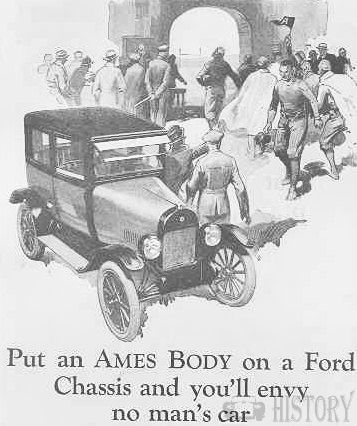 Frederic A. Ames died in 1925 at the age of 60. At the time of his death, Ames was reported to have vast real estate holding in Owensboro and Atlanta, Georgia. His widow, the former Mary M. McMannon, died in 1933. Although the Ames had no children of their own, Mary’s niece, Marie had been raised in their home as an adopted child, and inherited most of Ames’ fortune. 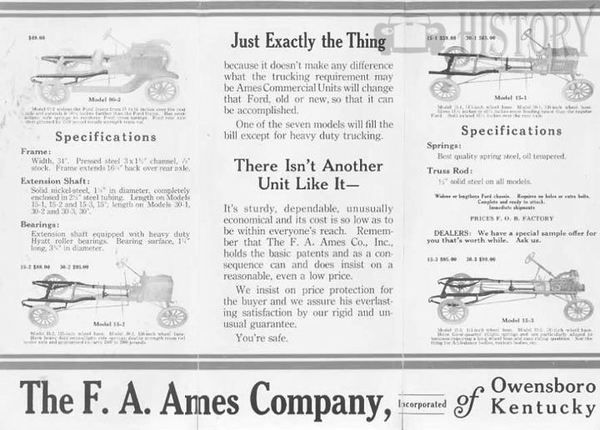