The Aerocar was an American automobile built from 1905 to 1908 in Detroit, Michigan. Backed by Henry Ford's former partner, coal merchant Alexander Malcomson, the short-lived company offered an air-cooled 24 hp (18 kW) four-cylinder luxury car which sold for $2800.

The factory was sold to Hudson Motor Car Company. 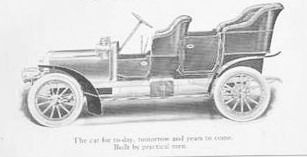 In 1906, the Model A was powered by a Reeves 24-horsepower, four-cylinder, air-cooled engine. It came with a "Standard Extension Black Top" and two gas headlights as well as "Full Oil Lamp Equipment.

The automobile had a Prest-o-Lite tank, Hartford shock absorbers, Gabriel horn and a speedometer. It also came with an extra tire and inner tube in a waterproof case with attaching irons, robe-rail and a footrest in Tonneau. A toolbox with full equipment was attached to the exterior running board. The machine cost $2,800. The air cooled engine was later replaced by a Reeves water cooled model. 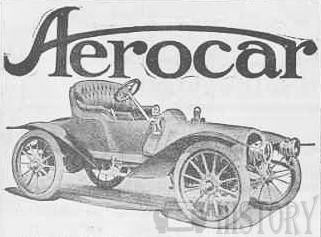