It is considered as the ultimate "wedge" TVR and is the final of TVR wedge family. Unlike the other wedges the 420 SEAC was different. The acronym SEAC stands for Special Equipment Aramid Composite, that means that more than 20% of the body was kevlar unlike the others wedges full fibreglass construction. 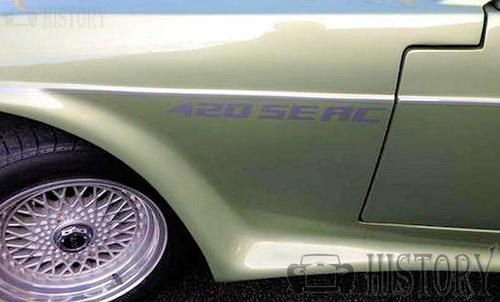 The use of kevlar made the car more than 100 kg (220 lb) lighter without compromising the body rigidity. That, in addition to the highly tuned Rover V8 engine made the car extremely quick but had its effect on price which was twice as much as a standard 350i. In addition the SEAC models can be distinguished by the large rear spoiler and the rounder nose. 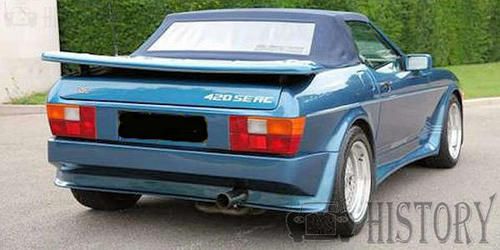 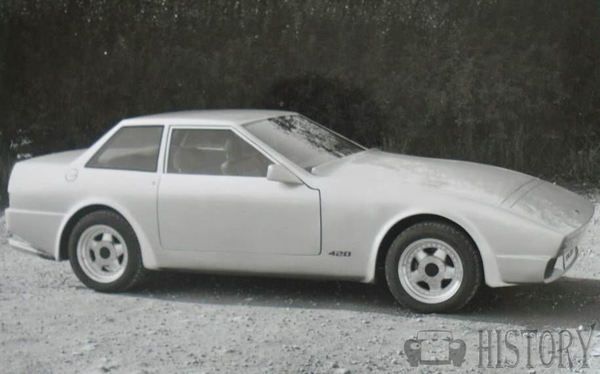 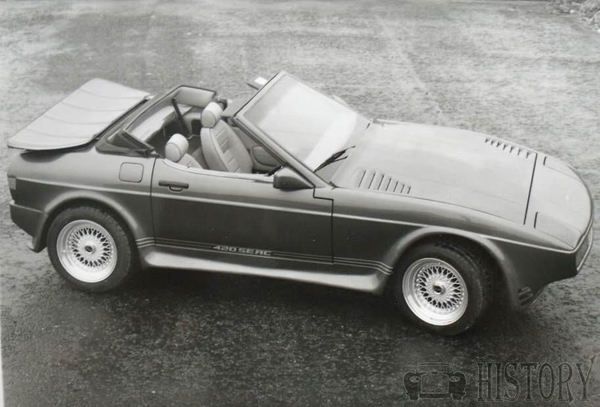