In 1982 TVR's then new owner Peter Wheeler found himself wanting more power than the Cologne V6-equipped Tasmin 280i could offer. Thus, based on the existing car the Tasmin 350i appeared in August 1983. Using the same chassis and body (with some minor changes), a 3.5-litre Rover V8 was installed. After a year, the "Tasmin" part of the name was dropped and the car became plain TVR 350i.

The 190 hp (142 kW) V8 propelled the 350i to 130 mph (209 km/h), while 60 mph came up in 6.3 seconds. The Rover-engined 350i provided the added benefit of being marketable in Arab countries, where there was a certain political resistance to buying Ford products because of Ford's close dealings with Israel The 350i also provided the basis for the 390SE first seen at the Birmingham Motor Show in October 1984, as well as the extreme 420/450 SEAC and other future developments. 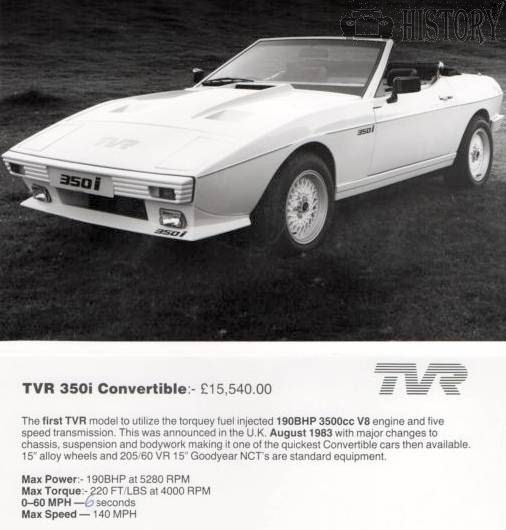 A modified form of the 350i's chassis, itself a stretched version of the chassis used for the old M-series, also underpinned the S-series as well as the later Griffith. There was a short run of non-factory Sprintex supercharged 350SX (and the bigger hearted 400SX) made by the Northern TVR Centre in the mid-1980s. Nine and two of the respective versions are thought to have been built. Power is not certain, but 260 bhp (194 kW) for the 350SX is commonly cited. 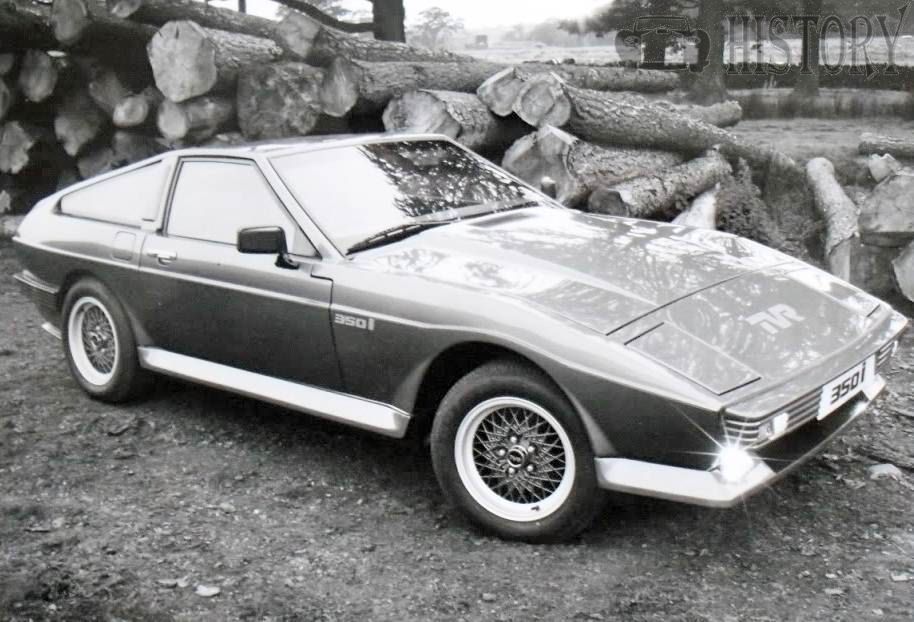