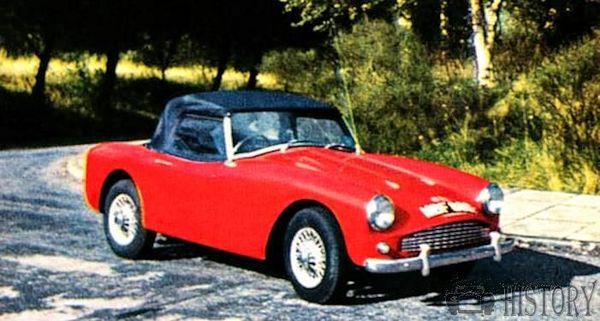 The first complete car was the Turner A30 Sports, a two seater also known as the 803 and using an 803 cc Austin A30 engine, transmission and suspension. The car featured a simple ladder frame chassis and open fibreglass 2-seater sports bodywork. As BMC would not supply components directly, they had to be purchased from dealers, that increased the price of the car. In 1956, the uprated 948 cc unit from the Austin A35 was adopted, and the model renamed Turner 950 Sports, but, apart from fully hydraulic brakes with optional front discs, was otherwise unchanged. The majority were exported mainly to the United States and South Africa.

In 1959, the Turner Sports Mk I was introduced, that although similar to the outgoing model, featured substantial revisions to the body and chassis, and front disc brakes became an option. The 948 cc Austin engined version was named the Turner Sports Mk I, and versions known as Turner-Climaxes were also available with the powerful Coventry Climax 1,097 cc FWA and 1,216 FWE units. Almost 40 of the Sports Mk Is were made.

In 1960, a Turner Sports Mk II model appeared, with improved interior trim and further minor styling revisions. From 1960, the front suspension became Triumph Herald based. In 1961, as well as the Austin and Coventry Climax engines, other options were introduced, such as the Ford 105E 997 cc and 109E 1,340 cc units. Finally, in 1963, the new Ford Cortina 1,500 cc engine was also made available. About 150 Turner Sports Mk II models were made.

In early 1962, a completely new, larger, fixed-head Turner GT had been introduced, at the London Racing Car Show. It had a glass fibre monocoque centre section and could, in theory, be had with a choice of Ford or Coventry Climax engines. Only nine of this model were produced, all believed to be fitted with the Ford 1,500 cc engine, before the model was discontinued in 1964.

In late 1963, the final model was introduced as the Turner Sports Mk III, and featured a tuned version of the Ford 1,500 cc engine as standard. Externally, the bonnet gained a large air scoop. This model remained in production until the company went into liquidation in April 1966, when approximately 100 had been produced.