Automotive manufacturer Bursa , Turkey From 1966 on. 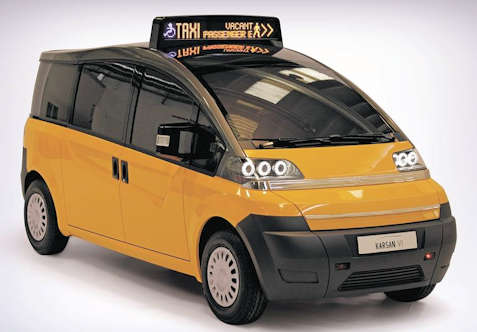 The Karsan Otomotiv Sanayii ve Tic. A.Ş. is an automobile , commercial vehicle and tractor manufacturer with corporate headquarters in Bursa , Turkey . The company operates its two nearby plants in Akçalar and the industrial estate in Nilüfer .

The foundation dates back to 1966 under the direction of the then parent company Koç Holding . In 1998, İnan Kıraç reached the majority of shares of the manufacturer and thus incorporated this into his Kıraça Holding . Until then, Karsan was only operating its Akçalar plant, which produced tractors of its own brand name. In 1999, the factory building was renovated and production in October with an annual production capacity of 40,000 units in two-shift operation and 60,000 units in three-shift operationrestarted. By contrast, the maximum factory utilization specified by the manufacturer amounts to 100,000 units. The production and assembly of the cabins for the tractors as well as the production of the spare and some vehicle parts has been moved to the newly built plant in Nilüfer. Since then, in addition to the tractors and vehicles of the brands Citroën , Fiat , Hyundai and Peugeot produced under license.

In 2010, Karsan competed with competitors such as Toyota , Honda and General Motors for a bid by the City of New York for a production-ready large-capacity taxi. As part of this, the Turkish company presented the concept of his Karsan V1, but the contract was then awarded to Nissan with its model NV200 . 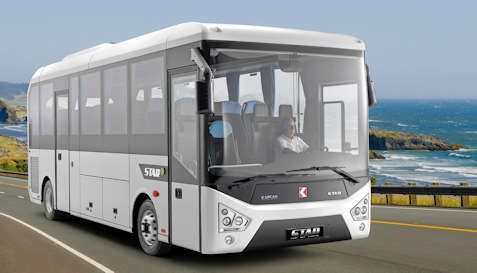