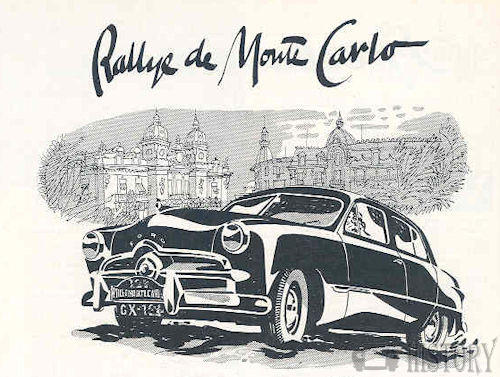 View all Monte Carlo Rally cars in related items Below.

The Monte Carlo Rally or Rallye Monte Carlo (officially Rallye Automobile Monte Carlo) is a rallying event organised each year by the Automobile Club de Monaco which also organises the Formula One Monaco Grand Prixand the Rallye Monte-Carlo Historique. The rally now takes place along the French Riviera in the Principality of Monacoand southeast France. Previously, competitors would set off from all four corners of Europe and ‘rally’, in other words, meet, in Monaco to celebrate the end of a unique event. From its inception in 1911 by Prince Albert I it was an important means of demonstrating improvements and innovations to automobiles.

In 1909 the Automobile Club de Monaco (Sport Automobile Velocipedique Monegasque) started planning a car rally at the behest of Albert I, Prince of Monaco. The Monte Carlo Rally was to start at points all over Europe and converge on Monte Carlo. In January 1911 23 cars set out from 11 different locations and Henri Rougier was among the nine who left Paris to cover a 1,020 kilometres (634 mi) route. The event was won by Rougier in a Turcat-Méry 25 Hp. The rally comprised both driving and then somewhat arbitrary judging based on the elegance of the car, passenger comfort and the condition in which it arrived in the principality. The outcry of scandal when the results were published changed nothing, so Rougier was proclaimed the first winner.

The 1966 event was the most controversial in the history of the Rally. The first four finishers, driving three Mini-Coopers, Timo Mäkinen, Rauno Aaltonen and Paddy Hopkirk, and Roger Clark's 4th-placed Ford Cortina were all disqualified because they used non-dipping single filament quartz iodine bulbs in their headlamps, in place of the standard double filament dipping glass bulbs, which are fitted to the series production version of each models sold to the public.[This elevated Pauli Toivonen (Citroën ID) into first place overall. Rosemary Smith (Hillman Imp) was also disqualified from sixth place, after winning the Coupe des Dames, the ladies' class. In all, ten cars were disqualified.Teams threatened to boycott the event. The headline in Motor Sport: "The Monte Carlo Fiasco." 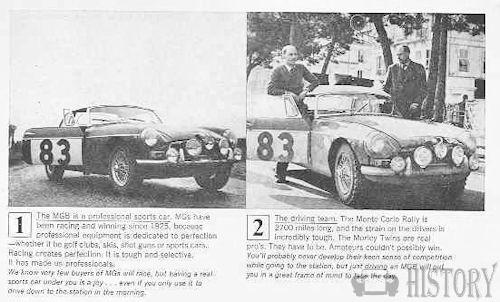 From 1973 to 2008 the rally was held in January as the first event of the FIA World Rally Championship, but since 2009 it has been the opening round of the Intercontinental Rally Challenge (IRC) programme, before returning to the WRC championship season again in 2012. As recently as 1991, competitors were able to choose their starting points from approximately five venues roughly equidistant from Monte Carlo (one of Monaco's administrative areas) itself.

With often varying conditions at each starting point (typically comprising dry tarmac, wet tarmac, snow, and ice, sometimes all in a single stage of the rally), this event places a big emphasis on tyre choices, as a driver has to balance the need for grip on ice and snow with the need for grip on dry tarmac. For the driver, this is often a difficult choice as the tyres that work well on snow and ice normally perform badly on dry tarmac.

This rally features one of the most famous special stages in the world. The stage is run from La Bollène-Vésubie to Sospel, or the other way around, over a steep and tight mountain road with many hairpin turns. On this 31km route it passes over the Col de Turini, a mountain pass road which normally has ice and/or snow on sections of it at that time of the year. Spectators also throw snow on the road—in 2005, Marcus Grönholm and Petter Solberg both ripped a wheel off their cars when they skidded on snow probably placed there by spectators,and crashed into a wall. Grönholm went on to finish fifth, but Solberg was forced to retire as the damage to his car was extensive. In the same event, Sébastien Loeb set one of the fastest times in the modern era, with 21 minutes 40 seconds.

Sospel has an elevation of 479m, and the D70 has a maximum elevation of 1603m, for an average gradient of 6.7%. The Turini is also driven at night, with thousands of fans watching the "Night of Turini", also known as the "Night of the Long Knives" due to the strong high beam lights cutting through the night. In the 2007 edition of the rally, the Turini was not used, but it returned for the 2008 route. For both the 2009 and 2010 event the stage was run at night and shown live on Eurosport. 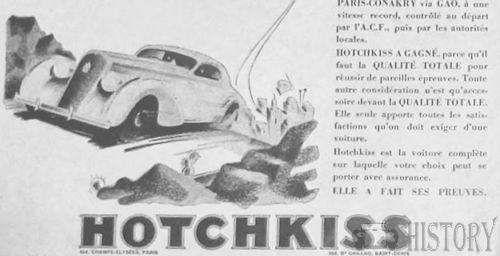