Motor car and Transport museums In the United Kingdom 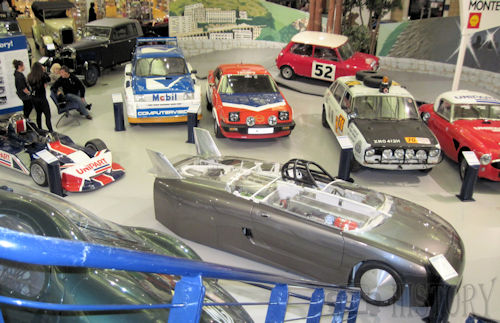 Going on holiday, fancy a day out here we list Transport Museums across Great Britain.

Bentley Wildfowl and Motor Museum is situated just outside of Lewes in a peaceful corner of the East Sussex Countryside.  Open every day from 10.00am to 5.00 pm

My Rating: a great day out Nice grounds to walk in ,not to busy.

The Collections at the British Motor Museum include over 300 British cars and over 1m historical items tracing the history of the British motor industry.

My Rating: Want to see rare British cars this is a must, but always Very busy.

Location between Weybridge and Byfleet in Surrey England. KT13 0SL

The Birthplace of British Motorsport & Aviation

Open 10 to 5 pm.Over 50 microcars on display,Examples of Bond, Isetta, Reliant, Frisky and Bamby to name but a few.Giftshop and a cafe.

The Motoring Museum is overflowing with vintage car collections, classic cars and motorcycles, caravans, original enamel signs and an intriguing collection of motoring curiosities. Open 10am – 6pm, seven days a week from mid-February to mid-December 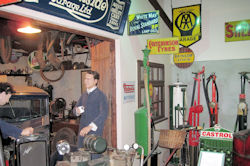 A wide range of British cars including some famous ones

My Rating: One of the best as free entry, located in the centre of Coventry. Children friendly and plenty to see.

open 1-4pm every Wednesday in September, as well as our usual Sunday opening 11am-4pm until 3rd December.

Open every day except Christmas Day.The museum is conveniently located adjacent to the Lake District's arterial A590, between Newby Bridge and Haverthwaite, only 20 minutes drive from J36, M6.

Open everyday from 10am to 6pm.

Featuring classic and movie cars , also Lowriders to F1 Great for all the Family.

Beaulieu is open every day of the year except Christmas Day. SUMMER OPENING HOURS 10am - 6pm (26 May - onward)

Large Collection from the early days to rare cars, with great displays.

The Morris Motors Museum traces the development of the Nuffield empire, founded by William Morris (who became Lord Nuffield) which grew from humble beginnings in a bicycle workshop to become one of the world’s major vehicle manufacturers.

Myreton Motor Museum was founded by Willie Dale in 1966 and has a large collection exhibits such as cars, bicycles, motor cycles and commercial vehicles dating from 1899. There is also an interesting assortment of period advertising, posters, enamel signs, and toy vehicles.