The second movie in the Fast 2 Furious series.

After letting Dominic Toretto escape from the authorities, Brian O'Conner relocates from Los Angeles to Miami and makes a living by participating in illegal street races.

Later, the team challenges a pair of muscle car drivers they raced when competing for Verone's hiring, for pink slips. Despite engine and power output handicaps, Brian and Roman manage to win the race and the other two cars. .

To bring Miami-based drug lord Carter Verone down.After witnessing Verone torture Detective Whitworth of the Miami Police Department into giving them a window of opportunity to make their getaway, Brian and Roman are warned by Monica that they will be killed once the drop is made. However, Markham refuses to call off the job, claiming that is their one chance to catch Verone.

Brian and Roman begin transporting duffel bags of Verone's money, with Verone's right-hand men, Enrique and Roberto, riding alongside to accompany the duo. Before the window is set, Whitworth decides to call in the police to move in for an arrest of the drivers of the cars used by Brian and Roman. This results in a high-speed chase across the city. The duo leads the police to a warehouse, where a "scramble" by dozens of street racers organized by Tej disorients the police. 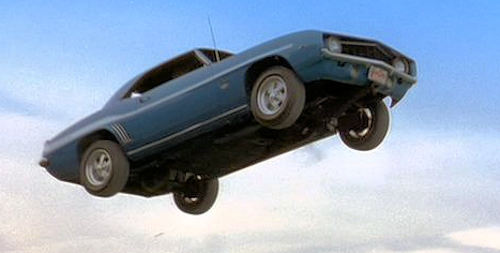 All other cars Featured and background.