Cars featured in films in the 1980s

Here we put together a collection of cars from films of the 1980s .Some main featured others just used during filming.

For more information and technical details view the link at the top of page.

The 80s was also pure classic for car action, following on from the great films of the 70s.

Make a note of some you may of missed.

An old Jewish woman and her African-American chauffeur in the American South have a relationship that grows and improves over the years.
Director: Bruce Beresford
Stars: Morgan Freeman, Jessica Tandy, Dan Aykroyd, Patti LuPone

When a childless couple of an ex-con and an ex-cop decide to help themselves to one of another family's quintupelets, their lives get more complicated than they anticipated. (94 mins.)
Director: Joel Coen
Stars: Nicolas Cage, Holly Hunter, Trey Wilson, John Goodman

When the owner of a struggling used car lot is killed, it's up to the lot's hot-shot salesman to save the property from falling into the hands of the owner's ruthless brother and used-car rival. (113 mins.)
Director: Robert Zemeckis
Stars: Kurt Russell, Jack Warden, Gerrit Graham, Frank McRae

Jake Blues, just out from prison, puts together his old band to save the Catholic home where he and brother Elwood were raised.
Director: John Landis
Stars: John Belushi, Dan Aykroyd, Cab Calloway, John Candy 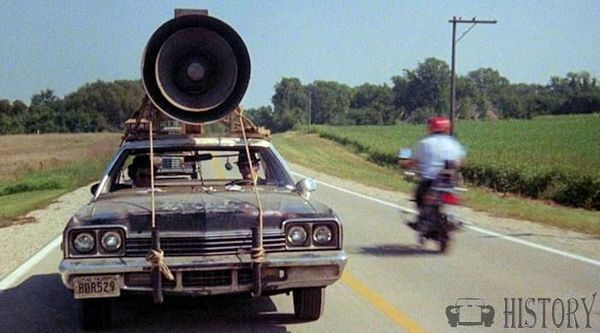 After the death of a friend, a writer recounts a boyhood journey to find the body of a missing boy.
Director: Rob Reiner
Stars: Wil Wheaton, River Phoenix, Corey Feldman, Jerry O'Connell

A young woman running a wildlife sanctuary in the Australian outback is in for trouble when she is confronted by three kangaroo hunters...
Director: Mario Andreacchio
Stars: Cassandra Delaney, Peter Ford, David Sandford, Garry Who

A high school wise guy is determined to have a day off from school, despite what the principal thinks of that.
Director: John Hughes
Stars: Matthew Broderick, Alan Ruck, Mia Sara, Jeffrey Jones

In the throes of a midlife crisis, a man buys a new Jaguar, and it immediately becomes his new love. What he doesn't know is that his wife is as attracted to the Jaguar salesman as he is to the car. (89 mins.)
Director: David Green
Stars: Julie Walters, Ian Charleson, Vincent Riotta, Stratford Johns

A young man who escaped the clutches of a murderous hitch-hiker is subsequently stalked, framed for the hitcher's crimes, and has his life made into hell by the same man he escaped. (97 mins.)
Director: Robert Harmon
Stars: Rutger Hauer, C. Thomas Howell, Jennifer Jason Leigh, Jeffrey DeMunn

A professional thief is hired by the FBI to steal a data tape from a company under investigation. The analysis of this tape...
Director: Harley Cokliss
Stars: Tommy Lee Jones, Linda Hamilton, Robert Vaughn, Richard Jaeckel

A fearless Secret Service agent will stop at nothing to bring down the counterfeiter who killed his partner.
Director: William Friedkin
Stars: William Petersen, Willem Dafoe, John Pankow, Debra Feuer

After being exiled from the most advanced town in post apocalyptic Australia, a drifter travels with a group of abandoned children to rebel against the town's queen. (107 mins.)
Director: George Miller, George Ogilvie
Stars: Mel Gibson, Tina Turner, Bruce Spence, Adam Cockburn

A young man is accidentally sent thirty years into the past in a time-traveling DeLorean invented by his friend, Dr. Emmett Brown, and must make sure his high-school-age parents unite in order to save his own existence. (116 mins.)
Director: Robert Zemeckis
Stars: Michael J. Fox, Christopher Lloyd, Lea Thompson, Crispin Glover 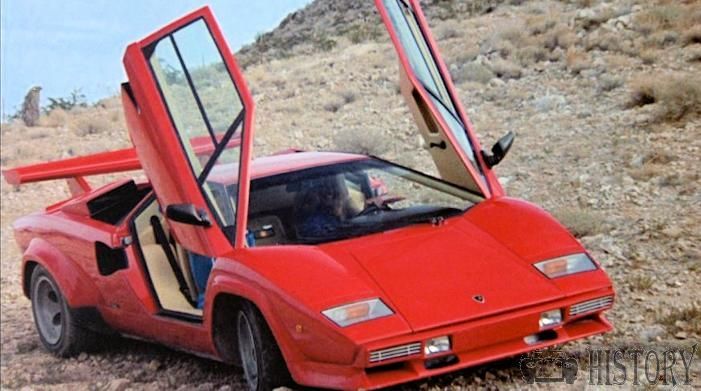 A gangster hires an ex-football player to find his girlfriend. When he finds her, they fall in love, and the twists start to appear.
Director: Taylor Hackford
Stars: Rachel Ward, Jeff Bridges, James Woods, Alex Karras

A nerdish boy buys a strange car with an evil mind of its own and his nature starts to change to reflect it.
Director: John Carpenter
Stars: Keith Gordon, John Stockwell, Alexandra Paul, Robert Prosky

After discovering that a group of car thieves may have something to do with his father's untimely death, Steve pursues the criminals and attempts to capture them as well as prove his prowess as a racecar driver. (87 mins.)
Director: Quentin Masters
Stars: James Laurie, Gia Carides, Max Cullen, Bruce Spence

A hard-nosed cop reluctantly teams up with a wise-cracking criminal temporarily paroled to him, in order to track down a killer.
Director: Walter Hill
Stars: Nick Nolte, Eddie Murphy, Annette O'Toole, Frank McRae

This film collects just what it was like to be in Australia in the early 80's. It's about hot cars, hot chicks and hot times...
Director: John Clark
Stars: Terry Serio, Deborah Conway, Max Cullen, Richard Moir