Brian O'Conner, now working for the FBI in LA, teams up with Dominic Toretto to bring down a heroin importer by infiltrating his operation.

When a crime brings them back to L.A., fugitive ex-con Dom Toretto (Diesel) reignites his feud with agent Brian OConner (Walker). But as they are forced to confront a shared enemy, Dom and Brian must give in to an uncertain new trust if they hope to out manuever him. And from convoy heists to precision tunnel crawls across international lines, two men will find the best way to get revenge: push the limits of whats possible behind the wheel.
Director: Justin Lin
Writers: Chris Morgan, Gary Scott Thompson (characters)
Stars: Vin Diesel, Paul Walker, Michelle Rodriguez 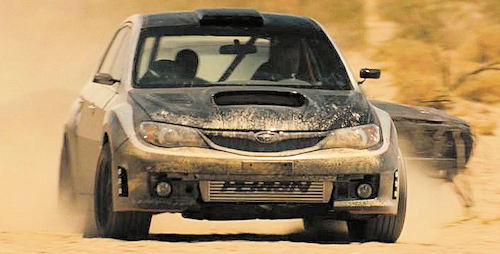 Brian OConner's 2009 Subaru Impreza WRX-STi as he chases to the Mexican Border.

Custom Chevrolet R-3500 truck used to chase down the tanker.