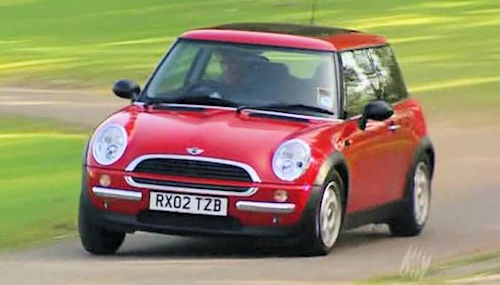 Roadtest, Jeremy is driving the base model; the Mini one Jeremy loved the original Mini and was a little bit worried about how the new one would turn out with BMW at the helm. However he happily finds out they’ve improved it – mentioning the great dashboard layout and cabin space. The fact the new car actually has decent suspension means it’s now a “wonderful comfortable car. Brilliant.” He also goes on to say “I’ve driven cars costing 5 times more than this, that are 5 times less of a hoot.” Jeremy recommends the base model as the one to go for, as it shares the same engine as the Cooper, except that it’s missing an ECU chip that is fitted to the Cooper to gain more bhp. The wheelbase on the mini is the same length as a Landrover Discovery . Despite this length, the rear seats have next to no leg room and that the boot is titchy. 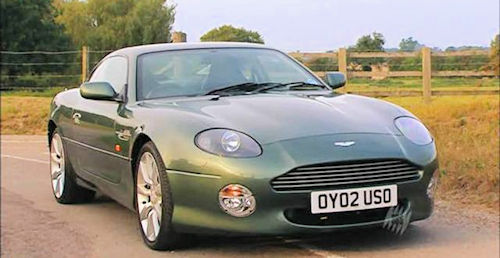 For the best looking car – for that, he’d choose the Aston Martin DB7. Jeremy admits if he really wanted to, he could pull this car apart because of its flaws – poor build quality in the early models, and the fact that it’s underpinnings are based on the Jaguar XJS – a design which is some 25 years old. Also a lack of climate control, cruise control or satellite navigation. Jeremy continues, “Even with a 6.0L V12, it’s no more powerful than a parish council.” Despite these issues, Jeremy argues the sheer beauty of the DB7 is enough to make up for all of the shortcomings. 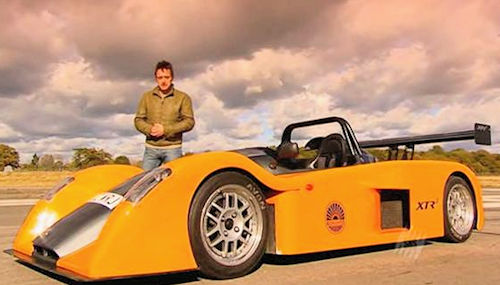 Top Gear sent out a challenge to anyone who could supply a car that would lap faster than that – one of the responses came from a small company called Westfield – manufacturers of the XTR. Despite looking like a racecar, it is actually road registerable. Jeremy has his doubts about it beating the Zonda – a car which has a 7.3L V12, compared to the XTR with a 1.3L motorcycle engine. While this may sound very underpowered, the XTR has no creature comforts, not even a windscreen infact. All of this adds up to a kerb weight of 410kg . The engine is a 1300cc Suzuki Hayabusa with 170hp – equating to a power to weight ratio of 460bhp/ton. The Zonda manages 440bhp/ton.The Stig takes it for a lap around the track and returns a 1:22.60. 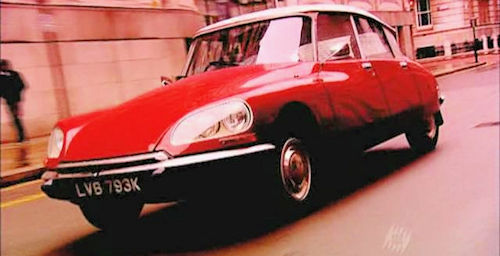 A car which on the day it was released, received some 12,000 orders. The design was so far ahead of its time, it’s life spanned 20 years before going out of production. Aside from the astonishing looks, it had some seriously advanced features for the era – such as disc brakes, a central hydraulic system which controlled the suspension, the brakes, the steering and optional semi automatic gearbox. 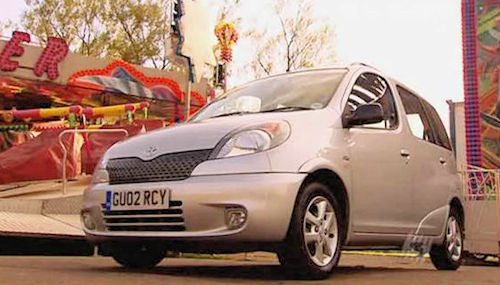 A Toyota Yaris Verso is  compared to the Mini. A car that costs the same as the Mini, is smaller on the outside but larger on the inside. Along with the space, it has a complicated folding seat arrangement in order to gain more space in the back of the car. Practicality wise, the Yaris beats the Mini hands down, however Jeremy thinks something about it isn’t quite right… the styling. “It’s perfect in every way, except it looks like an ugly snake that swallowed a wardrobe.” Jeremy concludes the Yaris is the most practical car, however it loses out completely in style . 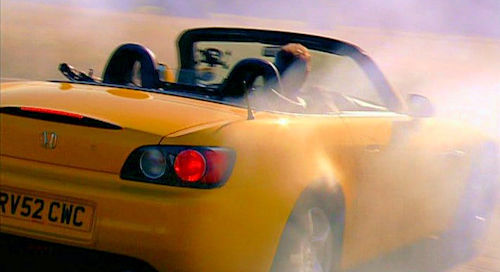 Top Gear Granny Doughnut Challenge. Out of a load of entries, 5 grannies were selected and brought to the Top Gear Test track, where they met the car they would be using – a Honda S2000. After a short break for cake and biscuits, the grannies were given a few pointers by professional stunt driver Russ Swift. Joy (73) is up first and manages half a dozen doughnuts after a few attempts. Gwyneth is up next and manages 3 full doughnuts before going off onto the grass. Beryl also notched up a few and Ann also managed half a dozen spins. Not satisfied with this attempt, Richard decides to step things up a bit – with Sadie, 80 years old. Sadie not only managed several doughnuts, but also bounced off the rev limiter on more than one occasion. It was also suggested that she did better doughnuts than Russ Swift.