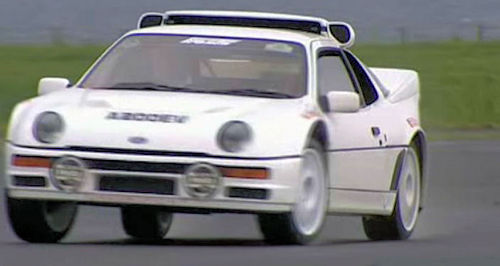 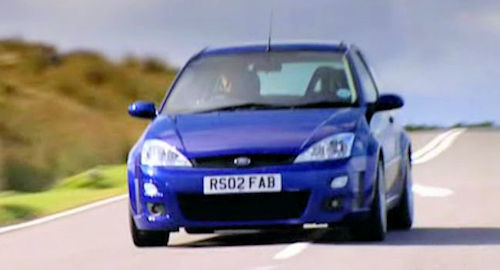 Ford introduced the Focus RS with 212bhp and front wheel drive – which is quite a step down from the 300bhp and four wheel drive which they had originally promised. The Focus RS is in direct competition with the Subaru Impreza and Honda Civic Type-R – both of which are sent around the track in the hands of The Stig. They put in times of 1:39 & 1:38 seconds respectively. The Focus RS is taken for a lap and returns a 1:33.8 – four seconds faster than the Honda Civic. With such an impressive time, Jeremy then takes the Focus RS out for a road test in Wales. He notices the subdued nature of the interior and exterior styling – and the fact that in a straight line it’s actually rather slow. The secret to the incredible time around the Top Gear test track was all down to how well the Focus RS takes corners. A super car for supermarket prices. Criticisms include a very firm ride, the steering wheel, and how the front differential squirms when the car is taking bumpy B-road corners “It’s like riding around on an angry horse”. Jeremy chooses to drive back to the Top Gear studio in the Subaru Impreza, suggesting it’s a better car for the road. 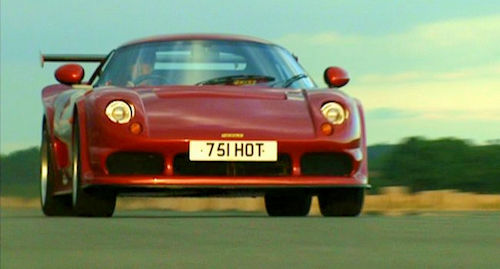 A car built in Leicestershire with plastic panels and a Ford Mondeo engine. Jeremy admits this sounds rather poor, however says it’s “not a bad car at all”. Although the engine is from a Mondeo, in the M12 it has been fitted with two turbochargers – resulting in a 0-60mph time of 4.4 seconds and a top speed of 165mph. However the party piece is how the M12 goes around corners. Jeremy lauds the handling and out of all the cars he has ever driven, names the M12 as his favourite handling car. It turns out the Noble does has an extremely large turning circle, but this problem isn’t enough to put Jeremy off it.

In the news, Richard brings up the popularity of live high-speed car chases on American TV. This is actually causing more criminals to try to outrun pursuing police officers, presumably in order to obtain TV stardom. The Vauxhall Meriva, Mazda RX8, Volkswagen Touareg are announced. 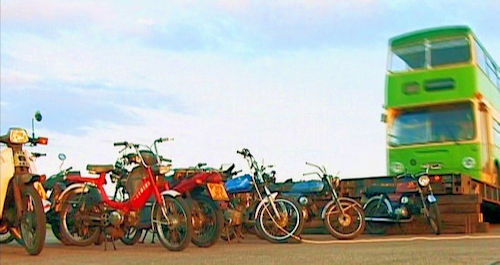 Instead of the usual stunt “how many buses can you jump on a motorcycle”, Richard thought it’d be interesting to find out how many motorcycles you could jump using a bus. A double decker 1970’s Daimler Fleetline bus in Ipswich livery was selected for the stunt. A metal ramp was constructed and 14 motorcycles were lined up side by side. The bus took an extended run up for the jump, however the film was cut before the bus left the end of the ramp. When Richard returned with the second half of the segment later in the show, the bus cleared only 3 motorcycles.

Jeremy returns to the Ford RS series and the Ford RS owners club who are having a track day on the Top Gear test track. Jeremy commandeers a Ford Capri after telling it’s owner he is wanted on the phone. Back in the studio, Richard decides to bring up some footage of Jeremy spinning out in a Ford RS200 while filming his own DVD “No Limits”. Although not shown in the episode, the front bar of the RS200 sustained minor damage much to the humiliation of Jeremy.

Richard’s next segment is about the Ford Escort RS 1800. Richard was 6 years old when this car was released – and he was a fan from that moment on. The RS 1800 was Ford’s most successful rally car ever and is still in use today in some rallying events. In 1975 the RS was a properly high tech car with double overhead cams with 16 valves and an alloy engine block. Only 25 of these cars are reportedly still around today. Richard believes the RS 1800 was the only true RS