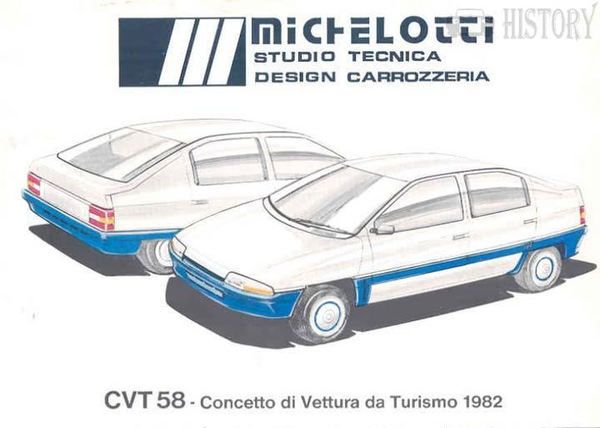 Giovanni Michelotti (October 6, 1921 – January 23, 1980) was one of the most prolific designers of sports cars in the 20th century. His notable contributions were for Ferrari, Lancia, Maserati and Triumph marques. He was also associated with truck designs for Leyland Motors, and with designs for British Leyland (including the Leyland National bus) after the merger of Leyland and BMC.

Born in Turin, Italy, Michelotti worked for a number of coachbuilders, notably Stabilimenti Farina, Vignale and Allemano, before opening his own design studio in 1959. He was among the automobile designers who worked for many manufacturers as an independent designer mostly.

Towards the end of his life, asked whether he had ever designed anything other than cars, Michelotti acknowledged that virtually all of his design work had involved cars, but he admitted to having designed a coffee making machine shortly after the war. 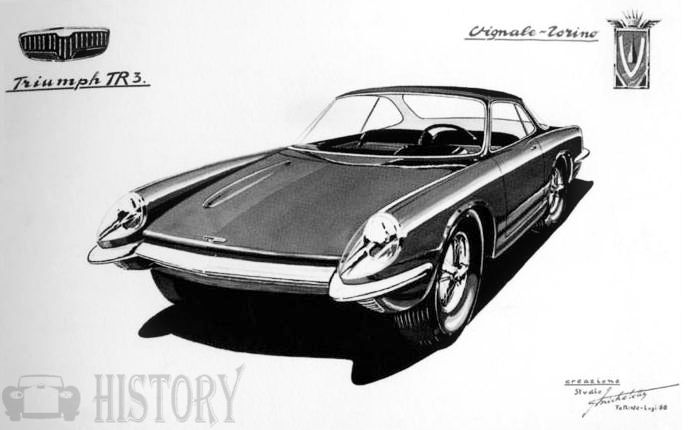 From the late 1950s he was responsible for all new models produced by Standard Triumph, starting with a facelift of the Standard Vanguard and going on to design models for Triumph such as the Herald, Spitfire, GT6, TR4, 2000, 1300, Stag, and Dolomite. He also created a number of prototypes which did not go into production, such as the Fury. The only Triumphs after 1960 that were not his work were the TR6 and the TR7, plus the Honda-based Acclaim.

After Triumph's parent company Leyland Motors became a part of British Leyland, Michelotti undertook a facelift of the BMC 1100 – which became the Spanish-built Austin Victoria and also the South African-built Austin Apache. He also designed the Leyland National bus and the Australian-made Leyland P76.

In the 1960s, Michelotti designed a glass-reinforced plastic (GRP) cab for certain lorries made by Scammell, who had become part of Leyland Motors in 1955. The cab was used for the Routeman, Handyman and Trunker models.

Giovanni Michelotti's BMW association started with the BMW 700 (1959) and later the successful BMW New Class series of designs of which the most notable is the BMW 2002. His sport sedan designs later became the BMW design language, that was continued and refined by Ercole Spada well into the 1980s.

Michelotti also worked with the Dutch firm DAF, starting in 1963 with redesigning the ageing Daffodil 31 model into the Daffodil 32. The Shellette beach car was also originally developed to use DAF underpinnings. The DAF 44 (1966) was a completely new design from his hand and he also helped form its derivatives, which culminated in the Volvo 66 (1975).

Michelotti did present a few cars under its own name. The "Shellette" was a beach car with wicker seats and dashboard, in the spirit of Ghia's Fiat 500 and 600 "Jolly"s, but designed in a collaboration with yacht designer Philip Schell. Originally constructed with DAF underpinnings, it was later built with Fiat 850 mechanicals. Unlike the Ghia Jolly, the 47 PS (35 kW) Shellette was a reasonably useful car capable of a 60 mph (97 km/h) cruising speed and had a heater and various other creature comforts. Only about 80 were built, with around ten still extant. Famous buyers include the Dutch Royal Family, who used an early DAF-based Shellette at their summer property in Porto Ercole, and Jacqueline Onassis, who employed a later model Shellette on the Onassis' private island Skorpios

Around 1980, the Fiat 127-based "Every" appeared, a light buggy-styled vehicle. Michelotti also marketed a luxurious version of the Daihatsu Taft In 1985 the Michelotti PAC was presented, a one-off citycar prototype (PAC = "Project Automotive Commuter") based on the Daihatsu Cuore 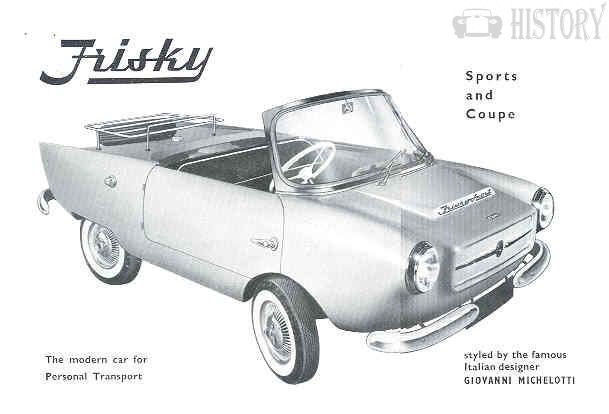