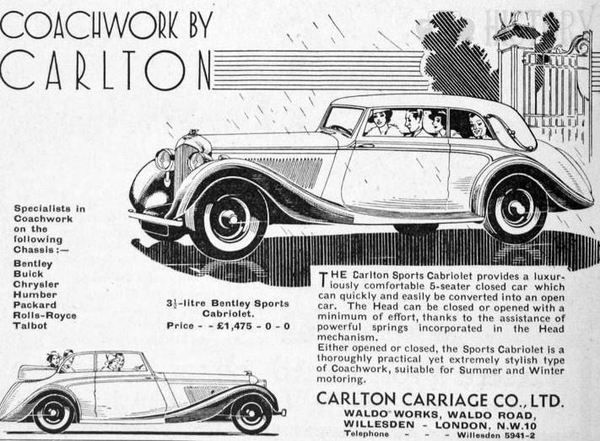 The Carlton Carriage Company were an English coachbuilder based in Willesden, North London. from 1925

Originally formed as E.B. Hall & Co, they moved from making horse-drawn carriages to making custom car bodies commissioned directly by customers on chassis supplied by various manufacturers, including Bentley, Daimler and Rolls-Royce. The company name changed after they were licensed by to produce Weymann Fabric Bodies.

In 1939, Winston Churchill commissioned Carlton to build a drophead coupe on a Daimler DB18 chassis. Never used until post-World War II, he used it to campaign both the 1944 and 1948 general elections