Pininfarina S.p.A. (short for Carozzeria Pininfarina) is an independent Italian car design firm and coachbuilder in Cambiano, Italy. It was founded by Battista "Pinin" Farina in 1930.

Pininfarina is employed by a wide variety of automobile manufactures to design vehicles. These firms have included long-established customers such as Ferrari, Alfa Romeo, Peugeot, Fiat, GM, Lancia, and Maserati, to emerging companies in the Asian market with Chinese manufactures like AviChina, Chery, Changfeng, Brilliance, and JAC.

At its height in 2006 the Pininfarina Group employed 2,768 with subsidiary company offices throughout Europe, as well as in Morocco and the United States. As of 2012 with the end of series automotive production, employment has shrunk to 821. Pininfarina is registered and publicly traded on the Borsa Italiana (Milan Stock Exchange).

The days as a specialist coachbuilder

When automobile designer and builder Battista "Pinin" Farina broke away from his brother's coach building firm, Stabilimenti Farina, in 1928 he founded "Carrozzeria Pinin Farina" with financial help from his wife's family and Vincenzo Lancia. That first year the firm employed eighteen and built 50 automobile bodies.

On May 22, 1930 papers were filed to become a corporation, Società anonima Carrozzeria Pinin Farina headquartered in Turin, Italy, at 107 Corso Trapani.During the 1930s, the company built bodies for Lancia, Alfa Romeo, Isotta-Fraschini, Hispano Suiza, Fiat, Cadillac, and Rolls-Royce. With its close relationship with Lancia, the pioneer of the monocoque in automobile design, Pininfarina became the first coachbuilder to build bodies for the new technique also known as unibody construction. This development happened in the mid-1930s when others saw the frameless construction as the end of the independent coachbilder.

In 1939, World War II ended automobile production, but the company had 400 employees building 150 bodies a month. The war effort against the Allies brought work making ambulances and searchlight carriages. The Pininfarina factory was destroyed by Allied bombers ending the firm's operations.

After the war, Italy was banned from the 1946 Paris Motor Show. The Paris show was attended by 809,000 visitors (twice the pre-war figure), lines of people stretched from the main gate all the way to the Seine. Pinin Farina and his son Sergio, determined to defy the ban, drove two of their cars – an Alfa Romeo 6C 2500 S and a Lancia Aprilia cabriolet – from Turin to Paris, and found a place at the entrance to the exhibition to display the two new creations. The managers of the Grand Palais said of the display, "the devil Pininfarina", but to the press and the public it was the successful "Turin coachbuilder's anti-salon".

At the end of 1945 the Cisitalia 202 Coupé was designed. An elegantly proportioned design with a low hood, it is the car that usually is given credit for establishing Pininfarina's reputation. The Pininfarina design was honored in the Museum of Modern Art's landmark presentation "Eight Automobiles" in 1951. A total of 170 Coupés where produced by Pininfarina.

The publicity of the Museum of Modern Art exhibit brought Pininfarina to the attention of Nash-Kelvinator managers.The subsequent cooperation with Nash Motors resulted in high-volume production of Pininfarina designs and provided a major entry into the United States market. In 1952, Pininfarina visited the U.S. for the unveiling of his design for the Nash Ambassador and Statesman lines, which, although they did carry some details of Pininfarina's design, were largely designed by Nash's then-new in-house styling staff when the original Farina-designed model proved unsuited to American tastes. The Nash-Healey sports car body was, however, completely designed and assembled in limited numbers from 1952 to 1954 at Pininfarina's Turin facilities. Nash heavily advertised its link to the famous Italian designer, much as Studebaker promoted its longtime association with Raymond Loewy. As a result of Nash's $5 million advertising campaign, Pininfarina became well known in the U.S.

Pininfarina also built the bodies for the limited-series Cadillac Eldorado Brougham for General Motors in 1959 and 1960, assembled them and sent them back to the U.S. There were 99 Broughams built in 1959 and 101 in 1960. A similar arrangement was repeated in the late 1980s when Pininfarina designed (and partially assembled) the Cadillac Allanté. The car bodies were assembled and painted in Italy before being flown to Detroit for final vehicle assembly.

It started in 1951 with a meeting at a restaurant in Tortona, a small town halfway between Turin and Modena. This neutral territory was chosen because neither Pinin Farina nor Enzo Ferrari wanted to meet at the other's headquarters. Pinin’s son, Sergio Pininfarina recalled, "It is not difficult to imagine how I felt that afternoon when my father, without taking his eyes off the road for one moment told me his decision as we drove back to Turin: "From now on you'll be looking after Ferrari, from A to Z. Design, engineering, technology, construction—the lot!"—I was over the moon with happiness." "

Since that meeting the only road-going production Ferraris not designed by Pininfarina are the 1973 Dino 308 GT4 and 2013's LaFerrari. Their relationship was so close that Pininfarina became a partner of Ferrari in "Scuderia Ferrari SpA SEFAC", the organization that ran Ferrari's race team from 1961–1989, Pinin was a vice president of Ferrari, and Sergio later sat on Ferrari's board of directors.

The move to large-scale manufacturing

In 1954 to 1955 Pininfarina purchased land in Grugliasco, outside of Turin for a new factory. "the factory in no way would look like the one of Corso Trapani. It would be a car no longer on my measurements but on those of my children, built looking like them; I had this in mind and wanted it" said Pininfarina.

Around the same time Alfa Romeo accepted Pininfarina design over Bertone for the new Giulietta Spider. The Alfa was the first vehicle that Pininfarina produced in large numbers, in fact Alfa Romeo chose Pininfarina to produce the Spider in large part because they felt confident that they could produce 20 cars a day for a run of 1,000 bodies. The Spider was a huge success for Alfa Romeo and Pininfarina, Max Hoffman the importer for the United States said he could sell as many as they could make. In 1956, the first year of production, they produced 1025 units which then expanded to over 4,000 in 1959 the first full year of the new Grugliasco factory.

The second generation of leadership

Starting with the planning for the new plant in Grugliasco in 1956, Pinin started to groom his replacements–Sergio his son and Renzo Carli his son-in-law. To his heirs apparent, Pinin said of the Corso Trapani facility "This old plant has reached the limits of its growth. It has no room for expansion and is far from being up to date. If I were alone I'd leave it as it is. But I want you to decide which way to go–to stay as we are or to enlarge. Either way is fine with me. It's your decision to make and I don't want to know what it is. I'm finished and it's your time to take over. The future is absolutely up to you." In 1958, upon leaving for a world tour Pinin added "In my family we inherit our legacies from live people–not from the dead."

1961 at the age of 68, “Pinin” Farina formally turns his firm over to his son Sergio and his son-in-law, Renzo Carli, it was the same year that the President of Italy formally authorized the change of Farina’s last name to Pininfarina.

Modernizing for a new world

Starting in the mid-1960s, Pininfarina started to make investments in the science of automotive design, a strategy to differentiate itself from the other Italian coachbuilders.

In 1966, Pininfarina opened Studi e Ricerche, or the Studies and Research Centre in Grugliasco. The research centre occupied 8000 sq. metres (2 acres) and employed 180 technicians capable of producing 25 prototypes a year.

The Calculation and Design Centre was set up in 1967, the first step in a process of technological evolution which, during the 1970s, would take Pininfarina into the lead in automated bodywork design.

The 1980s started a period of expansion for Pininfarina.

In 1982 the company opened “Pininfarina Studi e Ricerche" in Cambiano. It was separate from the factory and wind tunnel in Grugliasco, to keep design and research activities independent from manufacturing. On October 14, 2002, Pininfarina inaugurated a new engineering center. The new facility, which was built at the Cambiano campus, to give greater visibility and independence to the engineering operations.

In 1983 Pininfarina reached an agreement with General Motors to design and build the Cadillac Allanté. The Allanté project led the building the San Giorgio factory in 1985.

In 1996, Mitsubishi entered into talks for Pininfarina build their new compact SUV, the Pajero, in Italy. While Mitsubishi recognized Pininfarina's expertise in design and engineering, the reason for choosing them was that manufacturing costs were half of those in Germany. After entering into an agreement in 1996, Pininfarina purchased an industrial site at Bairo Canavese near Turin, Italy. in April 1997, Bairo Canavese was dedicated to the production of the new Mitsubishi Pajero Pinin.

Pininfarina Sverige AB in Uddevalla, Sweden, was established in 2003 as a joint venture (JV) between Volvo Cars and Pininfarina to produce a new Volvo convertible that will be sold in Europe and the United States. The JV is owned 60% by Pininfarina and 40% by Volvo. The C70 model designed by Volvo's John Kinsey—was launched on 13 April 2006, sharing the Volvo P1 platform used in the S40. 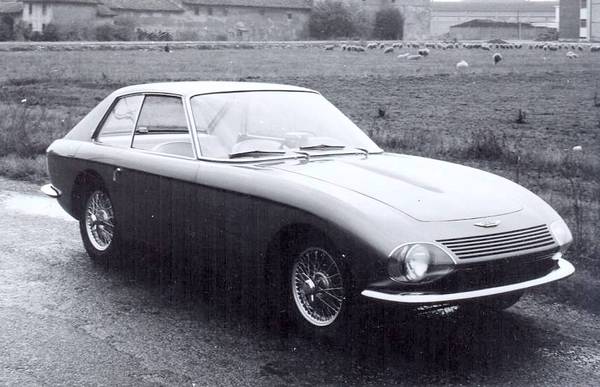 The end of car production operations

On December 10, 2011 Pininfarina announced it would end all automotive production. In truth production ended in November 2010 with the conclusion of the contract to produce the Alfa Romeo Brera and Spider at the San Giorgio plant.

Opened in 1958 with nearly 1,000 employees, by 1960 output exceeded 11,000 car bodies. In 2009 Pininfarina sold the factory to Finpiemonte, the public finance of the Piedmont Region, at the price of 14.4 million euro. Finpiemonte, as part of the deal, leases the plant to Gian Mario Rossignol at a rent of €650,000 per year for six years renewable.

The Grugliasco sale did not include an adjacent structure that houses the wind tunnel.

Opened in 1986 to build Cadillac Allante bodies for General Motors, the same year Pininfarina was first listed on the Stock Exchange in Milan. Automotive production ended at San Giorgio with the conclusion of the Ford production in July 2010, and Alfa Romeo production in November 2010.

Following the end of contract manufacturing activities San Giorgio Canavese is being used for production of spare parts for cars manufactured in the past.

Pininfarina opened its third manufacturing plant in 1997. Currently Pininfarina leases the plant and 57 employees to the Cecomp Group. This agreement to produce 4,000 electric Bolloré Bluecars runs April 1, 2011 to December 31, 2013.On September 13, 2013 a new lease agreement was announced, this new agreement will run from January 1, 2014 until the end of 2016.

On June 25, 2013 the last Volvo C70 was produced and the Uddevalla assembly plant was closed. 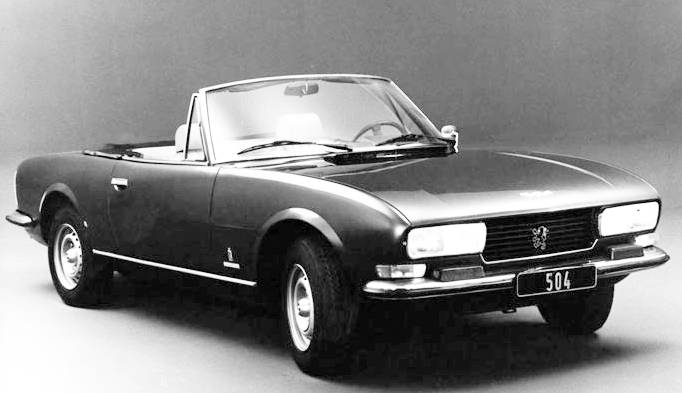