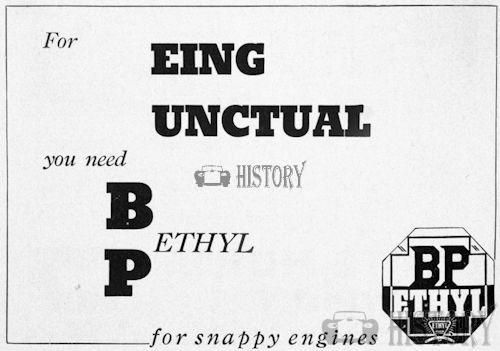 In 1932, APOC and Royal Dutch Shell formed the joint marketing company in the United Kingdom named Shell-Mex and BP. In 1934, APOC and Gulf Oil founded the Kuwait Oil Company as an equally owned partnership. The oil concession rights were awarded to the company on 23 December 1934 and the company started drilling operations in 1936. In 1935, Rezā Shāh requested the international community to refer to Persia as 'Iran', which was reflected in the name change of APOC to theAnglo-Iranian Oil Company (AIOC). In 1937, AIOC and Royal Dutch Shell formed the Shell/D'Arcy Exploration Partners partnership to explore for oil in Nigeria. The partnership was equally owned but operated by Shell. It was later replaced by Shell-D'Arcy Petroleum Development Company and Shell-BP Petroleum Development Company (now Shell Petroleum Development Company).

1939 On 3rd September, the Board's became an executive body under Government direction. All products were sold under a Pool description, the selling price of each product being subject to Government control.

WWII. Air power took on a new significance. The British Air Force turned to Anglo-Iranian, with its newly-improved aviation fuel’s efficiency. The quantity of fuel needed could only be made with a major refit at the Abadan refinery in Iran, but 3 ships carrying those supplies were sunk. The open seas were dangerous. During the war, 44 of the company’s tankers sank, killing 657 crew, with 260 others taken prisoner of war.

The British government asked Anglo-Iranian to find more oil on UK soil. The company increased production at a field in Nottingham. Quantities were still small, but were large enough to help. It was one of the best-kept secrets of World War II.

In Iran, the war years were equally fraught. Japan’s entry into the war made the refinery at Abadan a prime target. When Allied troops moved in to secure the facility, 3 employees died in friendly fire. A severe wheat shortage made life miserable for the 200,000 people living at Abadan and for the 80,000 more spread out in remote camps and villages at the oil fields. Anglo-Iranian sent a representative from London to help with the crisis. Tankers brought food rations from India and Australia. Second-hand clothes arrived from England. Smallpox and typhus swirled through the nearby countryside.