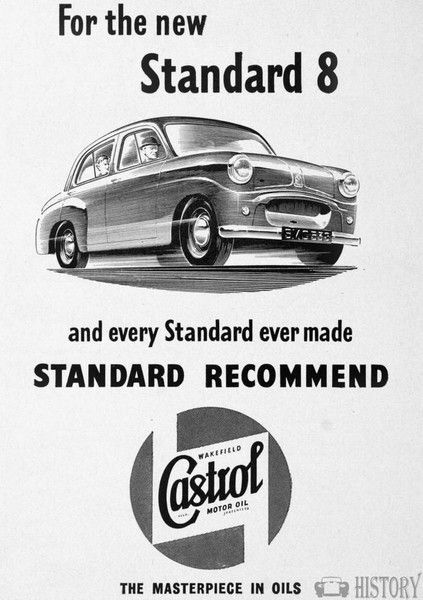 Castrol is a British global brand of industrial and automotive lubricants offering a wide range of oils, greases and similar products for most lubrication applications. Burmah-Castrol was purchased by BP in 2000 and the Castrol brand became part of the BP Group of Companies, a British multinational oil and gas company headquartered in London.

The name "Castrol" originated after researchers at the Wakefield Oil Company (founded by Charles Cheers Wakefield in 1899) added castor oil to their lubricant formulations.

It's More Than Just Oil. It's Liquid Engineering is the advertising slogan or punchline of Castrol, used mainly for branding its engine oil products. Castrol products are still marketed under the red, white and green colour scheme that dates from the launch of Castrol motor oil in 1909. Advertisements for Castrol oil historically featured the slogan "Castrol - liquid engineering"; this was more recently refreshed and reintroduced as "It's more than just oil. It's liquid engineering." In 2008, this slogan was also being featured as the name for a new rewards club called the Castrol Liquid Engineering Crew in which members get the chance to win prizes.