The Triumph Dolomite was a popular small saloon car produced by the Triumph Motor Company division of the British Leyland Corporation in Canley, Coventry between October 1972 and August 1980.

The Dolomite was the final addition to Triumph's complex small-car range (codenamed "Project Ajax"), which had started in 1965 with the Triumph 1300. Designed to be a replacement for the rear-wheel drive Triumph Herald, the 1300 was originally fitted with a 1,296 cc (79 cu in) engine and front-wheel drive. The later model, introduced in September 1970 as the Triumph 1500, featured a remodelled front and rear, styled by Michelotti, and a larger 1,493 cc (91 cu in) engine.

Triumph were, however, dissatisfied with the market performance of the 1300; although successful, the higher price and greater complexity meant sales never reached the levels of its predecessor, the simpler and cheaper Herald. To this end, the car was comprehensively re-engineered to be cheaper and simpler to build and maintain; launched in September 1970, the Triumph Toledo was a cheaper and more basic variant with conventional rear-wheel drive. This was assembled alongside the now larger-engined front-wheel drive version. It was launched at the same time as the 1500, adding further complexity to the model range.

Designed as the successor for the upmarket variants of the front-wheel drive designs, and also for the 6-cylinder Triumph Vitesse, a sporting relative of the Herald, the Triumph Dolomite was presented at the London Motor Show in October 1971. However, due to a number of strikes and other industrial upsets, the car was not reported to be in full production until October 1972. The name "Dolomite" had been used by Triumph for a range of models prior to the Second World War and this name was revived for the new car. The Dolomite used the longer bodyshell of the front wheel drive Triumph 1500, but with the majority of the running gear carried over from the rear-wheel drive Triumph Toledo.

Initially, the only version available used the new slant-four 1854 cc engine, which mated an alloy OHC head to an iron block, providing 91 bhp (68 kW) which offered sprightly performance. This was a version of the engine that the company was already providing to Saab for use in their 99 model. 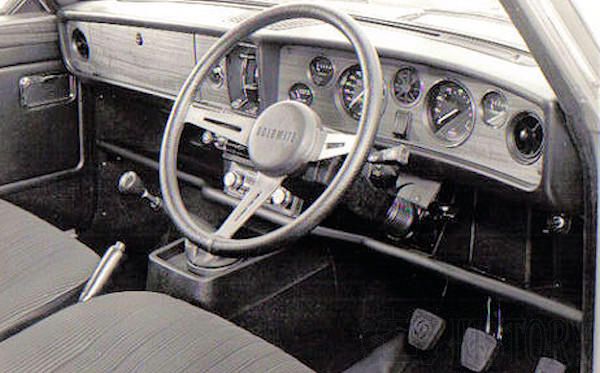 These cars were aimed at the then-new compact performance-luxury sector, vying for sales against cars such as the BMW 2002 and Ford Cortina GXL, and was offered with a high level of standard equipment, including twin headlamps, a clock, full instrumentation, luxury seats and carpets, a heated rear window, and a cigar lighter. Styling was similar to the Triumph 1500, with some updates such as a black painted rear panel, vinyl D-posts, and new wheel trims. The car was capable of 100 mph (160 km/h), with 60 mph (97 km/h) coming up in just over 11 seconds. An overdrive gearbox was soon made optional, offering relaxed motorway cruising and improved fuel economy, and there was also an optional automatic transmission.

In 1976, with the manufacturer effectively nationalised and following recommendations in the government commissioned Ryder Report, the Dolomite and other similarly bodied ranges were rationalised as follows: 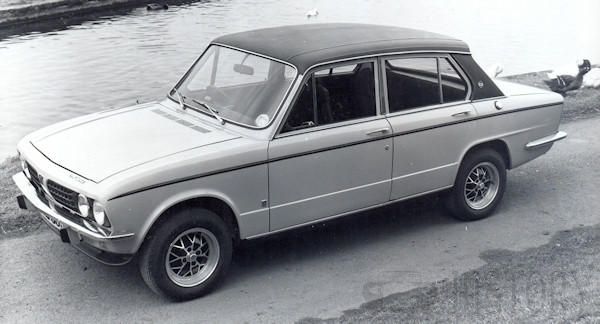 The Dolomite 1300 used the 1,300 cc (79 cu in) engine developed from the Herald and Spitfire, and replaced the Toledo as the basic model in the range. The body was identical except for the lengthened body giving the larger boot of the original Dolomites. The 1300 retained simplified fittings, including single square headlamps, basic instrumentation and seats, with the wooden dashboard and carpeting of the Toledo. There was no two-door option as there had been for the Toledo, and the shorter-boot bodyshell of the Toledo ceased production. Standard equipment included a reclining front seats, cigar lighter, fasten seat belt warning light, driver's door mirror, twin reversing lights and a dipping rear view mirror. The dashboard design was the same as that fitted to the facelifted Toledo of 1975. There was no overdrive or automatic transmission option with the 1300.

The next model up, replacing the Triumph 1500 TC, was the Dolomite 1500. The Dolomite 1500 offered identical specification to the Dolomite 1300, but with a 1,493 cc (91 cu in) engine and twin carburettors. Overdrive and automatic transmission were offered as an optional extra. 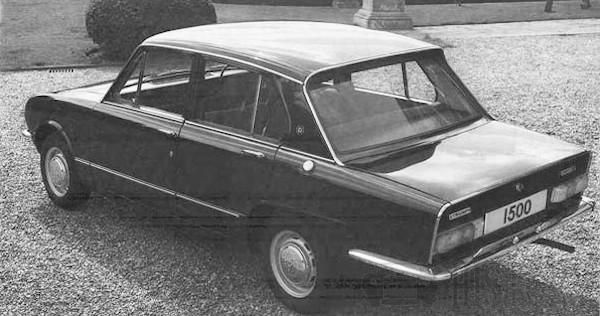 The Dolomite changed very little (in all its variants) from the beginning to the very end, only minor trim differences and additional standard equipment being the main changes. 1979 saw the introduction of the Dolomite SE, of which 2163 were built. The bodyshell was of the basic 1500 (single headlamps) but the interior was fitted with luxury trim including burr walnut dashboard and door cappings (the dashboard was the same style as fitted to that of the Dolomite 1300), grey velour seats and matching carpet. All the cars were painted black with wide silver stripes running full length, with the letters "SE" at the end of the rear wing. The SE also sported a front spoiler and Spitfire style road wheels.

By the late 1970s the Dolomite was looking increasingly old fashioned against newer competition, though still popular. Designer Giovanni Michelotti delivered a promising new design(Sprint based) and resembling a Fiat 132 with a squared front and BMW style 'kink'. At least one full-size example was built. With severe problems at BLMC, management refused, there was simply not enough money. Production continued until August 1980 when BL closed the Canley Factory as part of a restructuring process which also resulted in the closure of the MG factory at Abingdon two months later. The Dolomite was replaced a year later by the Triumph Acclaim, a four-door front-wheel drive family saloon produced in a joint venture with Honda. This kept the marque alive until 1984 when the Acclaim was replaced with the Rover 200 and the Triumph Motor Company passed into history. 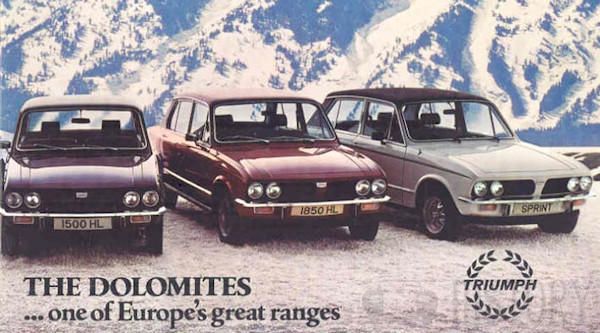