The Triumph TR250 was built between 1967 and 1968 for 15 months by the Triumph Motor Company in the United Kingdom, during which time 8,480 cars were built, all of which were for the American market. Many can now be found outside the United States, primarily in Europe. Approximately 600 remain worldwide today.

The TR250 was mechanically similar to the follow-on TR5 except for the fuel delivery system. The TR250 sported a new Independent Rear Suspension system, retained in the TR5, but it did not have the TR5's fuel injection system. Instead, the TR250 was fitted with twin Zenith-Stromberg carburettors. The TR250's straight-six engine delivered 111 bhp (81 kW), 39 bhp less than the TR5. 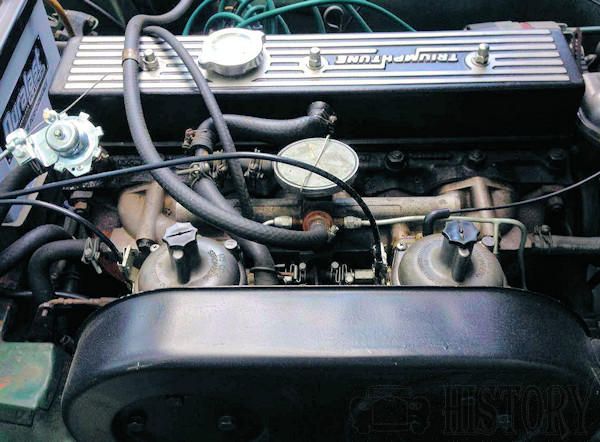 The reasons for this difference came down to price pressures of the American market, and tighter emissions regulations.

Like the TR5, the TR250 was also available with the "Surrey Top" hard top system; a weather protection system with rigid rear section including the rear window and removable fabric section over the driver and passenger's heads. 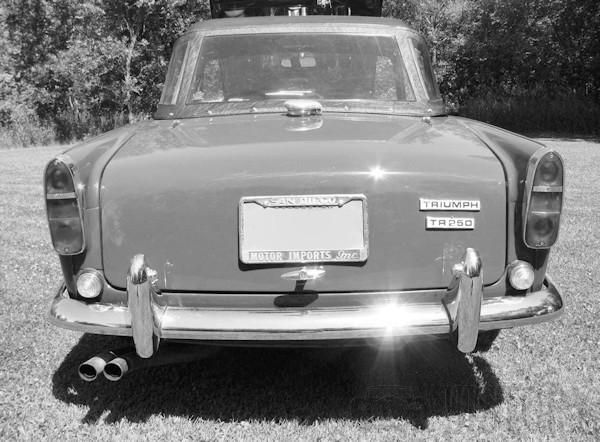