This is an open version of the 14/60, announced in April 1938, with seating for three people on a single bench seat and "two additional outside seats in the tail, reminiscent of the dickey seat that was at one time common" for two more people behind. 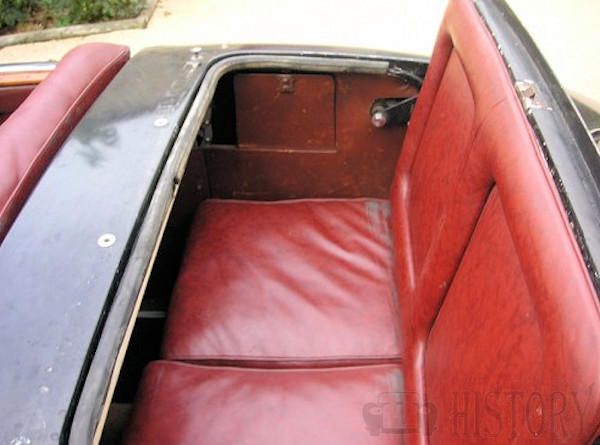 An increased compression ratio and mild further engine tuning justified a changed designation from 14/60 to 14/65 (where 14 was the fiscal horsepower and 65 was the claimed actual horsepower). The car was announced with the 1,767 cc (107.8 cu in) engine with twin SU carburettors, but in July 1938 a slightly longer wheelbase version powered by a 1,991 cc (121.5 cu in) engine fed by triple SUs joined the range while the saloon version featuring the same 1991 cc engine still made do with just two SU carburettors. No power output figure was quoted by the manufacturers for the 1991 cc Dolomite. 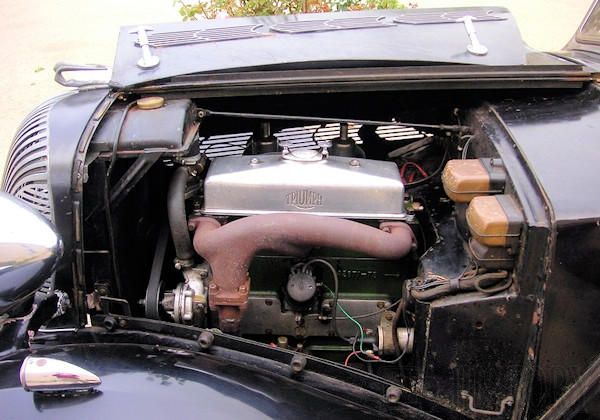 Triumph had been moving progressively upmarket during the 1930s, and the 1938 Dolomites were very well equipped, with winding windows in the doors, automatic chassis lubrication, a leather-bound steering wheel adjustable for rake and reach, dual hydraulic brake circuits, twin trumpet horns, and spot lamps included in the price. There was even a tray of fitted tools slotted beneath the driver's seat cushion, and for an extra 18 guineas buyers could specify a radio.

The body was aluminium over a rot-proofed ash frame.Like many Triumphs of that time, the car followed the American trend of concealing its radiator behind a flamboyant shining metal grill. The British market, then as now, was in many ways a conservative one, however, and, before Dolomite production was suspended completely, Triumph had time to introduce a "Vitesse"-branded version of the Dolomite on which the grill had been removed and the car's own radiator was exposed in the traditional manner.

In 1939, less than a month after Britain declared war on Germany, and before civilian automobile availability had been withdrawn by government in either country, the Autocar magazine featured a road test of the two-litre Dolomite Roadster coupe. By this time the manufacturer's published price had risen to £495. The testers recorded a mean maximum speed of 78 mph (126 km/h), with a best timed maximum speed of 81 mph (130 km/h)). Acceleration from rest to 50 mph (80 km/h) was timed at 15 seconds. The testers appear to have been impressed by everything except the ambient weather.

The experience of producing hand beaten aluminium panels made the Coventry plant where the Dolomite was built a natural candidate for aircraft production as this was ramped up. This also attracted attention from the Luftwaffe, and the plant fell victim to bombing in 1940.

A coupé was shown, but never went into production. 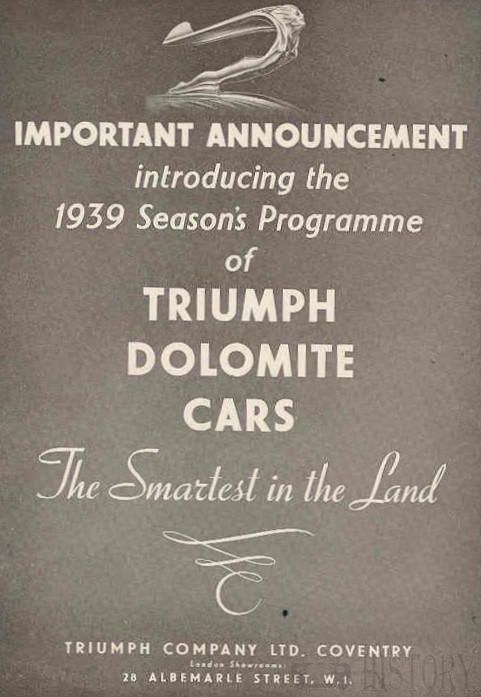