The production car changed little from the prototype, although the full-width rear bumper was dropped in favour of two part-bumpers curving round each corner, with overriders. Mechanicals were basically stock Herald. The engine was an 1,147 cc (1.1 l) 4-cylinder with a pushrod OHV cylinder head and 2 valves per cylinder, mildly tuned for the Spitfire, fed by twin SU carburettors. Also from the Herald came the rack and pinion steering and coil-and-wishbone front suspension up front, and at the rear a single transverse-leaf swing axle arrangement. This ended up being the most controversial part of the car: it was known to "tuck in" and cause violent over steer if pushed too hard, even in the staid Herald. In the sportier Spitfire (and later the 6-cylinder Triumph GT6 and Triumph Vitesse) it led to severe criticism. The body was bolted to a much-modified Herald chassis, the outer rails and the rear outriggers having been removed; little of the original Herald chassis design was left, and the Spitfire used structural outer sills to stiffen its body tub.

The Spitfire was an inexpensive small sports car and as such had very basic trim, including rubber mats and a large plastic steering wheel. These early cars were referred to both as "Triumph Spitfire Mark I" and "Spitfire 4", not to be confused with the later Spitfire Mark IV.

For 1964 an overdrive option was added to the 4-speed manual gearbox to give more relaxed cruising. Wire wheels and a hard top were also available.History 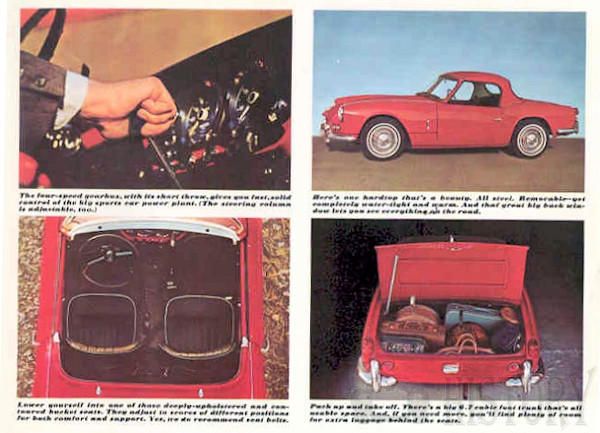 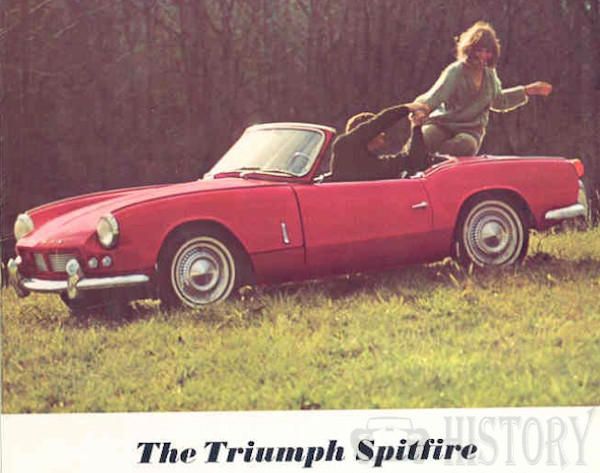