The EV-30 was a concept two-seat electric vehicle by Toyota that was first shown at the October 1987 Tokyo Motor Show. .

Th body was made from resin and was shown in both open and closed roof forms, although both forms had no doors. The front bumper sloped back and upwards, running into the cabin to form the dashboard. The rear bumper sloped forward and down, running into the cabin to form the side armrests. The construction was lightweight, being designed as a LSV for use inside shopping malls, hospitals and similar environments. 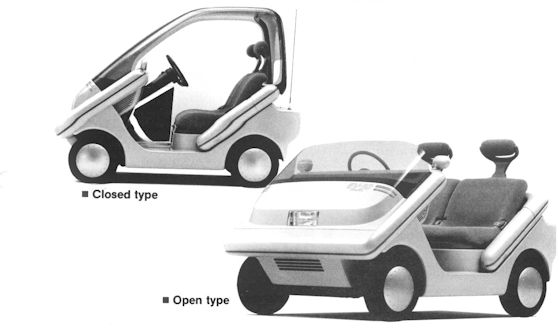