Launched in Feb 1971, the 4M 2600 engine was introduced with this generation, as was the luxurious Super Saloon trim level, followed by the Super Deluxe and Deluxe. The top of the line Royal Saloon was first introduced in the face-lifted Crown from 1973. The 2.0-liter 5R inline-four engine and the 2.0-liter M six-cylinder engine were also available. As for the previous generation, the M-C engine (in Japanese specifications) has 105 PS (77 kW), while the 5R's output increased somewhat to 98 PS (72 kW). In some markets the previous 2.3 litre "2M" six remained available, in sedan or "utility wagon" forms. The Utility Wagon was a version half way between commercial and passenger car, and had chassis codes MS67V until the early 1973 facelift when it was replaced by the MS68V with the 2.6 engine.

The Hardtop Coupe is MS70 (2.0-liter), or MS75 (2.6-liter). The Japanese market Crown Custom (Wagon) was classified as a seven-seater. This generation was the first Crown marketed as a Toyota in Japan, as previous models were marketed as Toyopets. Also, in Japan, this model was known as the "blue whale" or "kujira" Crown. While the domestic market Hardtop has rectangular halogen headlights, all export models come with twin round headlights. This model sold very badly in the US, possibly related to the futuristic styling (called "spindle-shaped" in period marketing material) with flush bumpers that was a bit ahead of its time. Only the first two years were imported to the USA, where it was the last Crown to be sold. The Corona Mark II, replaced the Crown in North America. 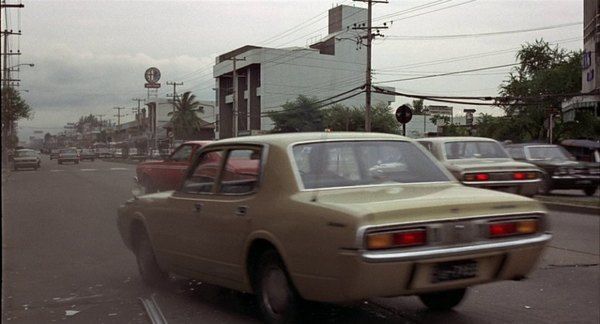