Launched in 1967, the mechanicals were much the same as the previous generation, but additional equipment was included. Higher specification models used the 2.0-liter M engine or the 2.3-liter 2M engine. A premium level Super Deluxe model was available with the 2M engine including twin carburettors, electric windows, rear seat radio controls, air conditioning and luxury fabric on the seating including the crown logo embossed into the vinyl.

Lower specified models were equipped with the R-series four-cylinder engines. The previous approach of manufacturing Crown vehicles for commercial use, called the Masterline, was discontinued with this generation. 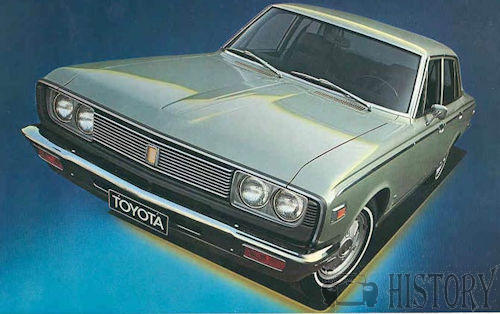 1969 the Crown received a face lift

Crown's that were equipped with the 2,253 cc 2M engine were no longer classified as compact cars under Japanese vehicle size classification regulations, even though the length and width were still in compliance. Toyota offered the larger engine so that buyers who were traditionally served by the Crown could now choose the all-new Corona Mark II in 1968. This allowed Toyota to reposition the Crown as the top level privately available luxury sedan, with much nicer interior treatments, more spacious accommodations. This was the last generation for the pick-up versions of the Crown, as load carrying was ceded to the new Toyota Hilux in February 1971.

This generation was imported fully assembled into New Zealand from 1968 to 1971. Australian models were assembled in Australia by AMI.

Notable features on the wagon were: 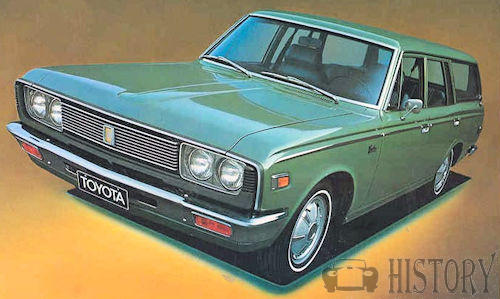