In 1966, Toyota launched the revised Publica range, designated UP20. The engine displacement was increased from 697 cc to 790 cc, and claimed power output from 35 hp to 36 hp (the engine was now called 2U) while the convertible received the 45 hp (34 kW) twin carburetor engine from the Sports 800. Since October that year, the dealers were operating under the "Toyota Publica" (rather than just "Publica") brand, and the base price was reduced to ¥359,000 for 1967 - as the US dollar stood at about ¥360 at that time, Toyota marketed the Publica as the "1000 dollar car". The Publica dealerships were later renamed "Toyota Corolla Store" after the popularity of the Corolla won out over the Publica as an affordable, small car. 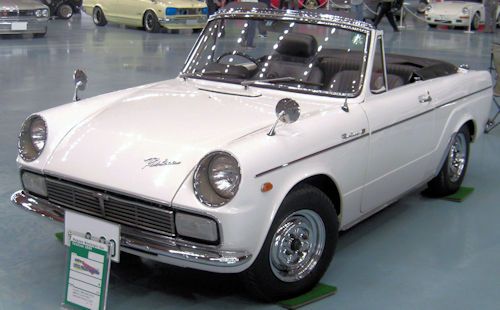 In 1966, Toyota also launched the Toyota MiniAce cab over van, based on the UB20 Publica, as well as moved the production of the wagon version to Hino Motors in 1968, after the company was taken over by Toyota. 1968 also saw the launch of Publica Super version, which came with the engine of the Sports 800. The P20 Publica was replaced by the all-new P30 series in April 1969.