The small and light MR2 was something no one had expected from Toyota, known for their economical and practical family cars. The two-seat MR2 was definitely not practical as a family car, nor was it intended to be, having been designed instead with style and sport as priorities. The moniker 'Mid-engined Runabout, 2 Seater' was more than a marketing tool - it was the fundamental design philosophy. The folded angular lines evoked origami paper sculpture. Other cars with a similar design concept including the Lancia Beta Montecarlo, Fiat X 1/9 and the exotic Lancia Stratos were all produced in the 70s and early 80s. The most important features of the MR2 were its light body (as low as 2,095 lb (950 kg) in Japan and 2,350 lb (1066 kg) in the US), superior handling and lightly powered, small-displacement engine. The car is often referred to as the AW11, referring to the chassis code of the most common 1.6-litre, A-engined versions. 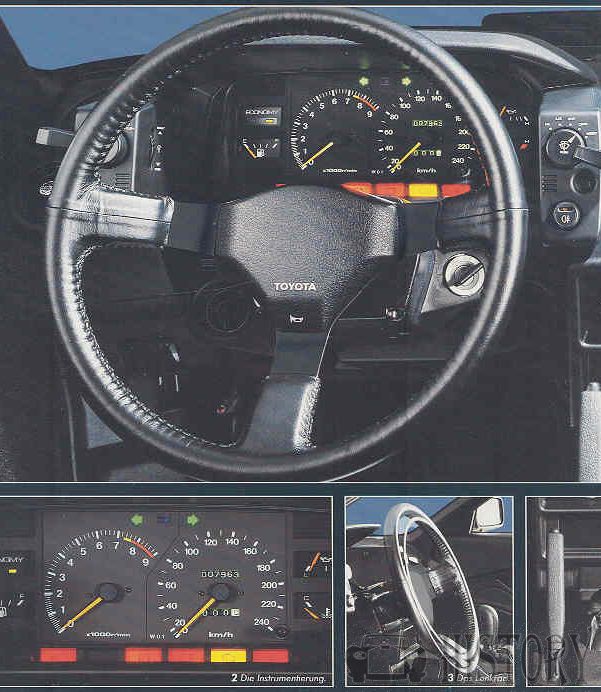 Some rumors have persisted that the MR2 was designed by Lotus. This is a reference to the Lotus M90 (a.k.a. the X100) project, but this was scrapped after a single prototype was built. This used the same engine and gearbox as the MR2. At the time, Toyota, along with the Chapman family was a major share holder in Lotus, but General Motors later acquired majority control. However, the MR2's suspension and handling were designed by Toyota with the help of Lotus engineer Roger Becker.Toyota's cooperation with Lotus during the prototype phase can be seen in the AW11, and it owes much to Lotus's legendary sports cars of the 1960s and 1970s. 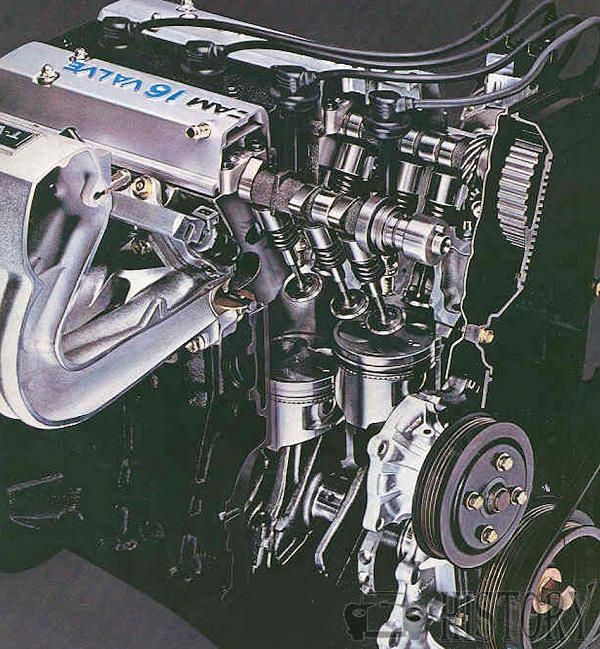 As a power plant, Toyota chose to use the naturally aspirated 4A-GE 1,587 cc inline-four engine, a dual overhead-cam, four-valve-per-cylinder motor. This engine was also equipped with DENSO electronic port fuel injection and a variable intake geometry ("T-VIS"), giving the engine a maximum power output of 112 hp (84 kW) in the US, 128 hp (95 kW) in the UK, 116 or 124 PS (85 or 91 kW; 114 or 122 hp) in Europe (with or without catalytic converter), 118 hp (88 kW) in Australia and 130 PS (96 kW; 128 hp) in Japan. Japanese models were later downrated to 120 PS (88 kW; 118 hp). The engine had already been introduced earlier on the AE86 Corolla, gathering a lot of positive publicity. A five-speed manual transmission was standard and a four-speed automatic was optional. Road tests delivered 0-60 mph times in the mid- to high-8 second range, and 1/4 mile times in the mid- to high-16 second range, significantly faster than the four-cylinder Pontiac Fiero or Fiat X1/9. In the home market, the AW10 base model was offered, which used the more economical 1452 cc 3A-U engine rated at 61 kilowatts (82 hp), but it attracted few buyers.

In 1987 (1988 for the US market), Toyota introduced a supercharged engine for the MR2. Based on the same block and head, the 4A-GZE was equipped with a small Roots-type supercharger and a Denso intercooler. T-VIS was eliminated and the compression ratio was lowered to 8:1. It produced 145 horsepower (108 kW) and 140 pound-feet (190 N·m) and accelerated the small car from 0 to 100 km/h (0 to 62 mph) in 6.5 to 7.0s. The supercharger was belt-driven but actuated by an electromagnetic clutch, so that it would not be driven except when needed, increasing fuel economy. Curb weight increased to as much as 2,494 pounds (1,131 kg) for supercharged models, due to the weight of the supercharger equipment and a new, stronger transmission. A fuel selector switch was also added in some markets, to allow the car to run on regular unleaded if required to. In addition to the new engine, the MR2 SC was also equipped with stiffer springs, and received special "tear-drop" aluminium wheels. The engine cover had two raised vents (only one of which was functional) that visually distinguished it from the normally aspirated models. It was also labeled "Supercharged" on the rear trunk and body mouldings behind both doors. This model was never offered in European or Australian markets, although some cars were privately imported. 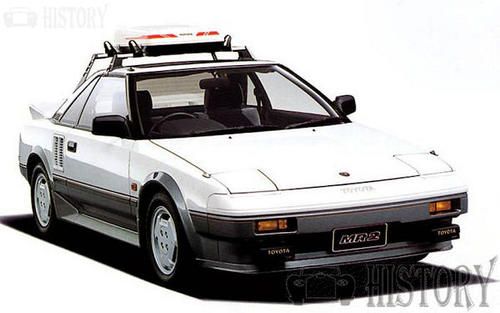 The press received the AW11 with open arms and praised its innovation, great feeling, and responsive engine. American car magazines Road & Track and Car and Driver both chose the MR2 on their lists of ten best cars which included some tough competition, such as the Ferrari Testarossa. The Australian Wheels magazine chose the 1988 MR2 as its favourite sports car. The MR2 was Motor Trend's Import Car of the Year for 1985. (It is worth noting that the MR2 was not eligible for the Car of the Year award, because only vehicles produced in the US were eligible until 1999. The 1985 winner, the Volkswagen GTI, was produced in Westmoreland, Pennsylvania.) The MR2 was also on Car and Driver magazine's Ten Best list for 1986 and 1987. In 2004, Sports Car International ranked the MR2 number eight on the list of Top Sports Cars of the 1980s.

In January 1989 Toyota produced a final run of fully optioned "Super Edition" MR2s. The 'Super Edition' included all the extras of the G-Limited models along with extra features such as a MOMO-commissioned steering wheel and gear knob, Recaro "Milano" seats with matching door panels, and "SUPER EDITION" decals on the rear visor and side stripes). Super Edition cars were sold in special Midnight Blue or white/gold two-tone paint; 270 were produced in each color. 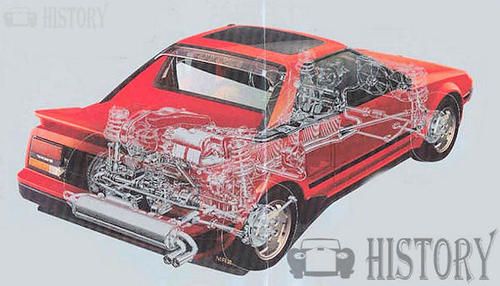