The Toyota GR engine family is an open-deck, V6 piston engine series. The GR series has a 60° die-cast aluminum block and aluminum DOHC cylinder heads. This engine series also features 4 valves per cylinder, forged steel connecting rods, one-piece cast camshafts, and a cast aluminum lower intake manifold. Some variants use multi-port fuel injection, some have D4 direct injection, and others have a combination of direct injection and multi-port fuel injection or D4-S.

The GR series replaces the previous MZ V6 and JZ inline-6, and in the case of light trucks the VZ V6.

An updated version of this engine features Dual VVT-i, increasing output to 254 hp (189 kW) and 270 lb·ft (366 N·m) on 87 octane and 285 hp (213 kW) and 289 lb·ft (392 N·m) on 91 octane. Inside, the 1GR uses a "taper-squish" combustion chamber design with matching pistons to improve anti-knocking and engine performance, while also improving intake and fuel efficiency. Toyota adopted a siamese-type intake port, which reduces the surface area of the port walls and prevents fuel from adhering to such walls. This engine has special cast-iron cylinder liners cast into the block, which are a spiny type to improve adhesion between the liner and cylinder block. With these special thin liners it is impossible to bore the block. In the event of cylinder wall damage (scoring, deep protrusions, etc.), the entire cylinder block must be replaced. For increased block rigidity, the 1GR also receives a high temperature plastic insulator/protector, which fills the empty space between the outer portion of the cylinders and block material common to open deck engines. For increased cooling efficiency, the 1GR employs water passages between the bores of the engine. There are two such passages for each bank for a total of four. This reduces cylinder hot-spotting and keeps combustion chamber temperatures more uniform.

A bolt-on TRD supercharger kit is available on the Tacoma and FJ Cruiser. 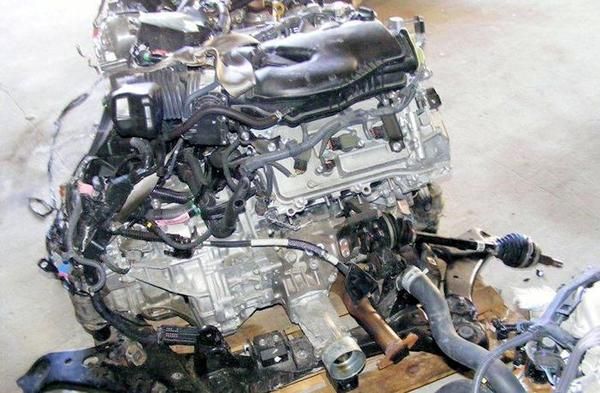 Valves are driven by roller-follower rocker arms with low friction roller bearings, and a unique, concave cam lobe design to increase valve lift over the traditional shimless lifter type system of the 1GR-FE. This increases overall cylinder head height to accommodate the slightly taller roller rocker system. Moreover, the cylinder head is segmented into 3 parts: valve cover, camshaft sub-assembly housing, and cylinder head sub-assembly. As such, this valvetrain is used across all other GR engines with Dual VVT-i. Its service weight is 163 kg.

The 2GR-FSE is a 3.5L engine used in the Lexus IS, GS 350, Mark X and Crown incorporate Toyota's latest D4-S twin injection fuel system. This system combines direct injection (949cc/min injectors) with traditional port injection (298cc/min injectors). Direct injection lowers the tendency to knock (detonation) and increases performance by reducing the charge intake temperature. Traditionally, direct injection engines require an in-engine mechanism such as swirl ports or specific piston crown shapes to increase air turbulence in the engine. These are in place to help achieve a homogeneous air-fuel mixture inside the cylinder at low RPM and high load, but these mechanisms inhibit performance at higher engine speeds. In the 2GR-FSE, port injection is used considerably to achieve the correct mixture without having in-engine restrictions, meaning the engine achieves specific power near the top of all naturally aspirated production gasoline engines in the world (67kW/L, 235kW in the Mark X). Toyota also developed a new type of injector for this engine. The dual fan spray pattern of the direct injectors is perpendicular to the piston travel with wide dispersion in the cylinder, which aids air and fuel mixture and therefore increases power and efficiency. The port injectors not only help improve the power and efficiency but they also help improve emissions, especially in the first 20 seconds after start-up (when the catalytic converter is in its warm-up stage). Development of V-6 3.5-liter Engine Adopting New Direct Injection System.

The engine's service weight is 174 kg. 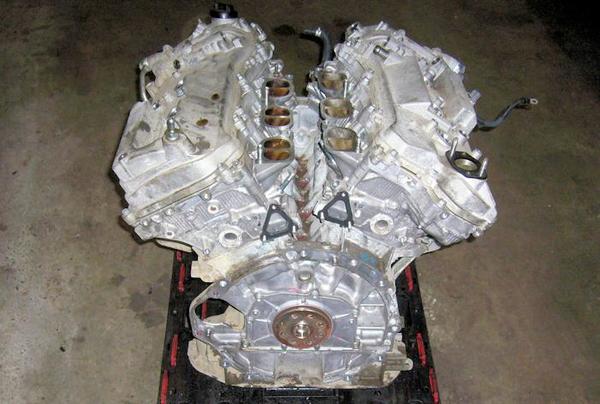 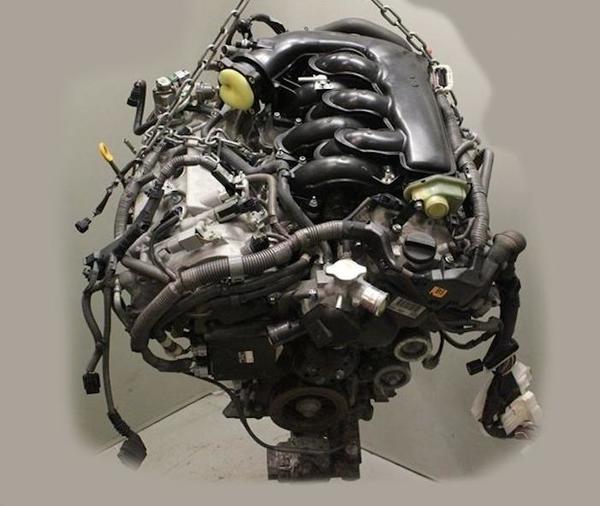 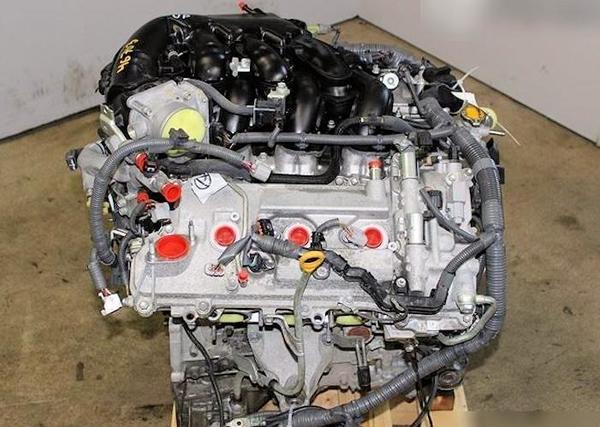 The 7GR is a 3.5 L (3456 cc) version. This version will be available with direct injection and will include Dual VVT-i with Atkinson cycle.