The Toyota VZ engine family is a series of V6 gasoline piston engines ranging from 2.0L to 3.4L in displacement and both SOHC and DOHC configurations. The family introduced many changes for Toyota, including various EFI, ECU, and engine improvements from generation to generation. The VZ was Toyota's response to the Nissan VG engine. The low angle DOHC cylinder heads were designed by Yamaha Motor Company, and excelled in low-mid torque and power, making the VZ well-suited for various uses in cars, trucks, and SUVs. 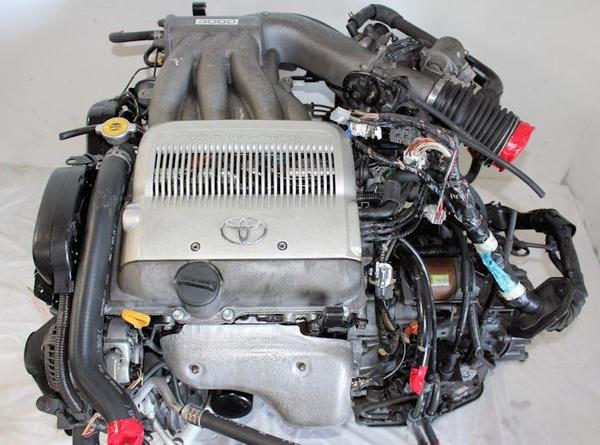 The basic design is a revised 3VZ-E iron-block engine, mated with aluminum DOHC 24 valve heads. It has a forged steel crankshaft and cast connecting rods. The upper intake plenum is of the split-chamber design with Toyota's ACIS variable-intake system feeding three sets of runners for both heads.

Because the VZ was originally for pickup truck and SUV use, the 3VZ-FE happens to be a physically tall motor. To make the engine fit in FWD engine bays, Toyota tilted the motor towards the firewall. This "tilt" is so severe (~15 degrees) that reaching the rear bank of cylinders is nearly impossible without first removing the intake plenum.

Parts-wise, the 3VZ-FE shares very little with the rest of the VZ engine family. The main bearings are shared with the 3VZ-E, but little else. Cams can also be interchanged between the 5VZ-FE and 3VZ-FE heads. 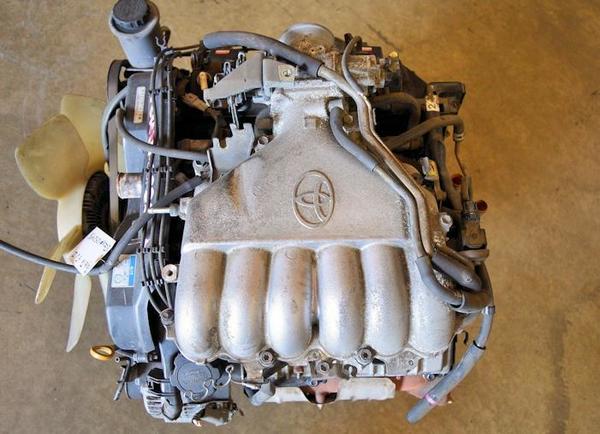 The 5VZ-FE is a 3.4 L (3378 cc) engine which replaced the 3VZ-E. Bore is up to 93.5 mm (3.68 in) and stroke is 82.0 mm (3.23 in) while the compression ratio stays the same as the 3VZ-FE at 9.6:1. Output is 190 hp (142 kW) at 4800 rpm with 220 lb·ft (298 Nm) of torque at 3600 rpm. It has a cast iron engine block, and aluminum DOHC cylinder heads. The 5VZ-FE uses sequential multi-port fuel injection, has four valves per cylinder with shim-over-bucket tappets and features large cast connecting rods, one-piece cast camshafts, and a cast aluminum intake manifold. This engine also features an oil cooler and a wasted spark ignition system with three coils.

Camshafts are belt-driven. The 5VZ-FE is a non-interference engine.