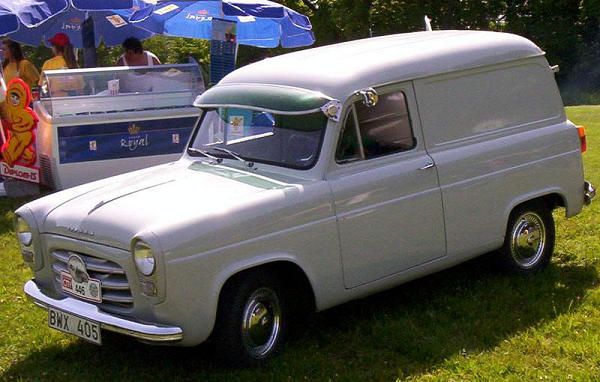 The Ford Thames 300E is a car derived van produced by Ford of Britain from 1954 to 1961.The Thames (or Thames Trader) name was given to all available sizes of commercial vehicle produced by Ford in Britain during the 1950s and until the arrival in 1965 of the UK built Ford Transit

The Thames 300E was introduced in July 1954 and was based on the Ford Anglia 100E station wagon. This received a1172 cc four-cylinder engine. The bodywork for use as a delivery van was shorter than for the station wagon. Initially, there was only one model with 250 kg payload . Later standard and deluxe models with 350 kg payload were also extended. All three offered 1.9 m³ loading volume. A total of 196,885 units were manufactured until the end of production 1961,

The 300E was introduced in July 1954, based on the Ford Anglia / Prefect 100E saloon range. It shared its bodyshell and 1172 cc sidevalve four-cylinder engine with the estate car versions of the line. Oddly, the bodyshell was optimized for use as a panel van rather than an estate with its two, short passenger doors and shorter overall length than the saloons. Initially produced only as a single model with 5 cwt (250 kg) carrying capacity, the range was later expanded with the introduction of Standard and Deluxe 7 cwt (350 kg) variants. All three offered the same 66-cubic-foot (1.9 m3) load volume. Production totalled 196,885 examples comprising 139,267 5 cwt, 10,056 Standard 7 cwt and 47,562 Deluxe 7 cwt units.

300E production ended in April 1961 and the van's replacement, the Anglia 105E based Thames 307E, was introduced in June of the same year. 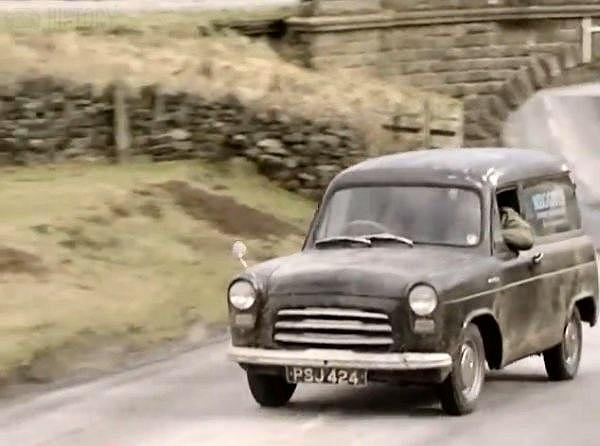